What Engine Does McLaren Use In F1? 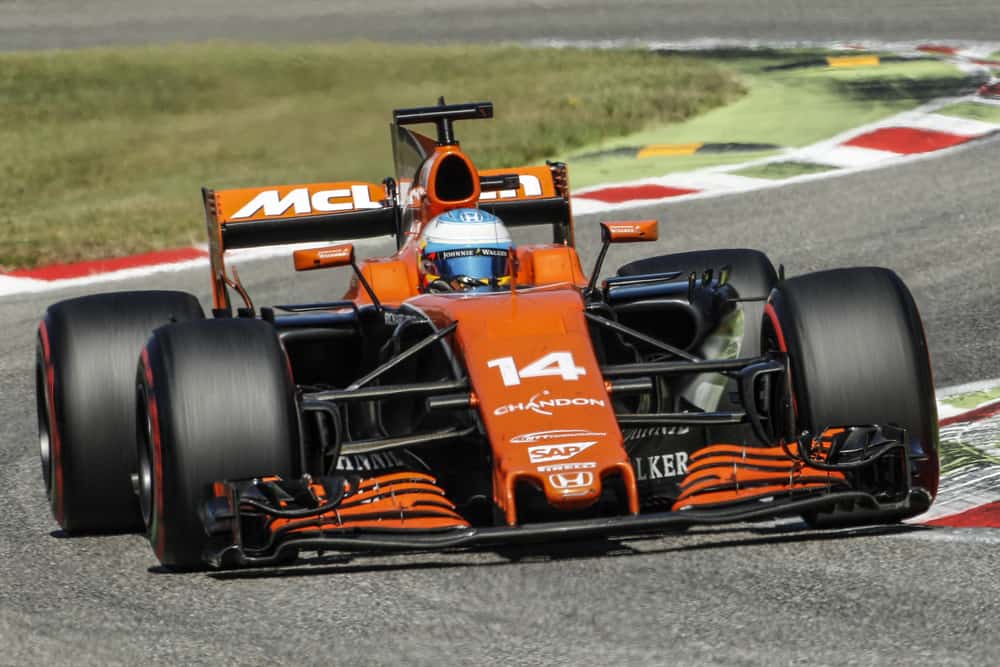 New fans of Formula One may be surprised to hear that Formula One teams do not have to construct all parts of a vehicle themselves. In fact, to compete in Formula One, teams only need to build their own chassis and can use external engine suppliers for their power units. So what engine does McLaren use in Formula One?

Although McLaren has been one of the longest-running and most successful teams in the history of Formula One, they have often relied on external parties to supply them with engines. As of 2021, McLaren has been using Mercedes power units and will continue to do so until 2024.

Although most of the best teams in Formula One, such as Mercedes and Ferrari, have used their own custom-made engines in their chassis, McLaren has opted to use external engine suppliers throughout their time in Formula One.

What Is The History Of McLaren’s Formula One Engines?

McLaren has had various engine suppliers during their time in Formula One since the team’s introduction in 1966:

McLaren’s Formula One Engines (the 1960s)

McLaren’s Formula One Engines (the 1970s)

McLaren’s Formula One Engines (the 1980s)

McLaren’s Formula One Engines (the 1990s)

McLaren’s Formula One Engines (the 2000s)

McLaren’s Formula One Engines (the 2010s)

McLaren’s Formula One Engines (the 2020s)

What Power Unit Is McLaren Using For The 2022 Season?

Having replaced Renault as their engine supplier for Mercedes (one of McLaren’s longest partnerships in Formula One,) McLaren is in its second season with Mercedes for the 2010s. The supplier contract between McLaren and Mercedes is expected to last until the end of the 2024 season.

The Mercedes-AMG F1 M13 E Performance 1.6 V6 t power unit has produced mixed results for McLaren for the 2022 season at the time of writing:

Therefore, although it is still early in the season, McLaren’s points total of 46 points from 4 races, only one podium, and four instances of no points scored suggest the Mercedes-AMG F1 M13 E Performance 1.6 V6 t power unit may be hindering their performance.

Why Is Mercedes’ 2022 Engine Underperforming?

Although Mercedes have won the Formula One Constructors title eight years in a row, their performance in the current 2022 season has left a lot to be desired. Furthermore, various teams in the 2022 season using the Mercedes engine are showing lackluster performances as of the time of writing:

Although these performances aren’t terrible, they fall well short of the standard expected of Mercedes, suggesting that the recent staff changes at Mercedes may be having a negative effect on the quality of their power units.

Although there have only been a few races during the 2022 season, the Mercedes W13 is a full 0.7 seconds slower than Red Bull and Ferrari. The quickest car from the non-factory teams is the Alfa Romeo at just under 1 second off Red Bull/Ferrari pace.

Taking this as the non-factory ‘pole,’ the McLaren is 0.4 5seconds slower than the Alfa, the Aston Martin 1.12 seconds slower, and the Williams 1.2 seconds adrift.

Therefore, this data and correlation would suggest that the common fault among all these teams is the Mercedes power unit, rather than all teams being victims of poor driving or chassis development.

The Switch To E10 Fuels

While Mercedes has been the leading Constructors Championship for the past eight years, both in terms of chassis and engine development, it would seem that staff changes at Mercedes have come at a crucial stage in engine development. The change is the switch to E10 fuels for the 2022 season.

E10 fuels require new Formula One engines to use 10% ethanol content when racing. Therefore, the shift to ethanol may suggest a chemical change that Mercedes have used in the past to maximize performance, which has since been removed.

Therefore, without this 10% leeway in clever design and chemical engineering that has served Mercedes Power Units well in the past, it is possible that staff shuffles in Mercedes have left them with a brain drain that is hampering the development of new power units.

Will McLaren Continue To Use Mercedes Engines?

The reason is Formula One is entering an era of engine freeze that will last until 2026. This means that, till the freeze is over, no team can make changes to their power units. All four engine suppliers in Formula One right now have to stop the development of their engines.

In conclusion, although McLaren has had success over the years with various engine suppliers (including but not limited to Mercedes.) There is evidence to suggest that their long-term contract with Mercedes as an engine supplier could prove problematic to their performance.

However, given the evolution of drivers, tracks, chassis, and FIA regulations season-to-season, only time will tell if this recent switch from Renault back to Mercedes will pay off for McLaren in the long run!

Louis Pretoriushttps://onestopracing.com
Previous article
What Engine Does Haas Use In F1?
Next article
What Is A Free Pit Stop In F1?