Why Do F1 Teams Scrape Tyres? 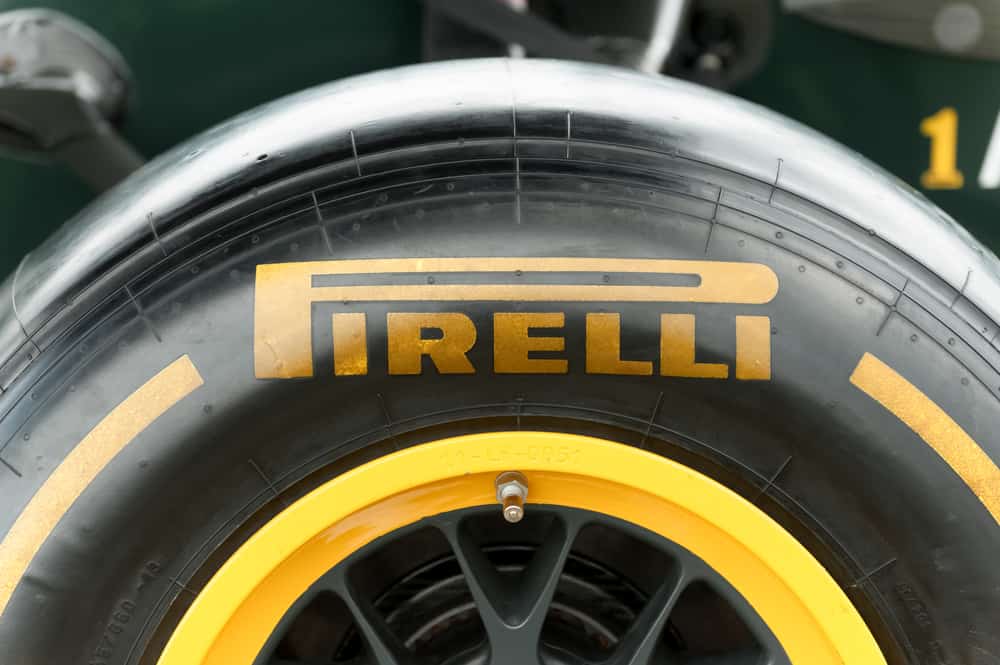 Tires are one of the most critical performance and safety features of an F1 car. They are (hopefully) the only part of the car to come into contact with the track surface. They experience enormously high stresses, heat, and load factors. More than any other variable, they probably lead to the most head-scratching for race strategists before an event.

To aid in a team’s current and future performance, they engage in a process known as tire scraping. To scrape a tire, the teams use a tool similar to a heat gun, which generates steam hot enough to melt the surface of a used tire. By applying the heat to the tire’s surface, they scrape the melted layer off, revealing the underlying surface. The resultant tire looks almost new and is black and shiny.

Why do teams scrape tires?  Is tire scraping allowed by regulations? What do teams learn from this process? To put this practice into perspective, let’s look at the following issues.

The F1 tire is one of the most critical factors in the success, or failure, of a Formal 1 team.

From 2019, F1 appointed Pirelli as the exclusive tire supplier to level the playing fields between teams and reduce the cost.

Not all racing tracks are created equal. Some are in colder or wetter climates, while others are in hot, dry arid regions. Some have rough surfaces, and some are smooth. Others have gravel run-off areas or mean-looking curbs. These variables demand a tire that must operate optimally irrespective of the conditions.

Different stages of the practice, qualifying, and race sessions need to balance tire adhesion (grip) against the degradation which inevitably occurs.

Tires with softer compounds enable better grip, but they also wear out much more quickly.

Pirelli has created five compound types for dry track tires to cover these differences. These are graded between C1 (hardest) to C5 (softest). Only three of these compounds can be used over a weekend. Each tire has a colored band around it, signifying the compound used. The colors are

C2   Depending on the weekend and tracks, the bands may be white, yellow, or red.\

C3   Depending on the weekend and tracks, the bands may be white, yellow, or red.

C4.  Depending on the weekend and tracks, the bands may be yellow or red.

How Are The Tyres Used In A Race Weekend?

The rules state that a team may only choose three compounds for a weekend. These will be banded white, red, and yellow  (white being the hardest compound compared to the others, with yellow and red being successively softer)

Each compound has separate temperature windows at which they perform optimally. This tire’s heat is affected by the driving style, the track temperature, the weather, the moisture on the track, and the roughness of the track surface.

If the tire temperature is too high, there will be an increase in tire wear, while if the tire is too cool, there is a loss of grip.

If the track is too wet, there are two additional tire types the teams can use. These are intermediate (Green Band) and wet weather  (Blue Band).

Intermediates are the most flexible of wet tires. They are designed to disperse water at up to 300 km’s/per hour.

Teams can use them for damp to moderately dry conditions.

Wet weather tires have a defined tread pattern and can only be used where there is standing water on the track.

Teams can only choose thirteen sets of dry-weather tires for a weekend.

Of these thirteen sets, Pirelli will choose two sets. Teams must retain a set of the softest for the final part of qualifying. The teams may choose whatever combination of compounds for the remaining ten sets.

Excluding the weekends where the qualifying format includes a sprint race, the race days will consist of three practice sessions: three knockout qualifying sessions and the actual race.

Teams must use the tires of the top ten drivers used in the second qualifying session to start the race on the following day.

Teams must use at least two available compounds in a dry race.

What Is Tyre Scraping, And Why do The Teams Do It?

At the beginning of a race weekend, the racing track will be relatively clean, with very little rubber on the track. As the weekend continues through the practice and qualifying sessions to the actual race, increasing quantities of rubber will be left on the track by the car’s tires.

As tires increase in temperature, they will pick up more of the residue left on the track.

If not damaged, teams may use tires for multiple sessions. Additionally, the regulations require the top ten teams to start the race on the tires, on which they achieved their fastest lap in the second qualifying session.

Used tires that have already been run on are covered in a gum-like substance made up of melted rubber picked up from the track and possible debris from the car running off the racing line.

Getting rid of these excess rubber particles and other debris is essential.

Teams use a device that looks like a heat gun but produces steam of sufficient heat to melt the top layer of rubber. They then apply a scraper which removes the coating and leaves the tire looking brand new and shiny.

The benefits of tire scraping are.

The result is that the tire grips better and lasts.

A further benefit is that tire scraping enables the teams, and ultimately Pirelli, to assess wear patterns, and predict tire performance and life for the subsequent running sessions and the actual race itself.

Teams can then compare the actual data with that predicted by Pirelli. They are better equipped to forecast which tires they will ideally use for the race.

Tire scraping is an essential practice used by teams to ensure that they get the maximum use and performance of each set of tires.

When the tires are finally at the end of their life, they are handed back to Pirelli.

Perhaps not what you would expect to hear, but these tires are recycled using Pirelli’s Green Cycle processes.

Each tire is shredded and melted, which happens in a controlled process within the plant. They are reduced to small rubber pellets. These pellets are processed to manufacture “tire-derived fuels,” used by the following industries

The EPA (Environmental Protection Agency) has stated, “With emission controls, burning rubber for fuel can be an environmentally sustainable method of disposing of a difficult waste.”

Fi is working hard to reduce damage to the environment, and tire scraping, and ultimately tire recycling are two ways this goal is achieved.