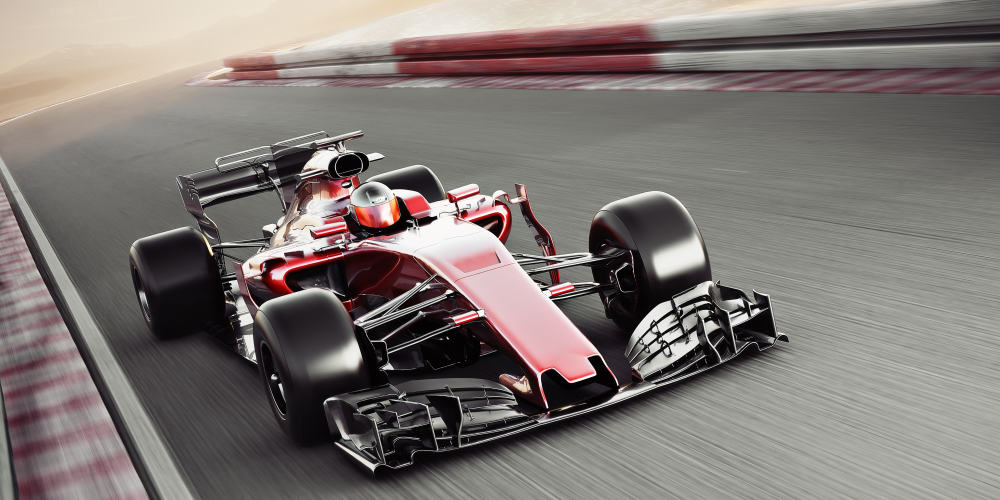 As a big motorsport fanatic, an avid supporter of basically any sport that includes wheels and an engine, I follow Formula 1 religiously, and even though I have seen some form of drifting, it is definitely not the norm.

Formula 1 cars can drift. However, they are set up to stick to the track, and you will rarely see it occur as drifting equates to a loss of speed and acceleration, damages the tires, and is a dangerous maneuver. When you see a Formula 1 car drifting, it’s either through a driver error, a sign that the tires have lost their grip, or has a hotspot and needs to be replaced.

Nothing beats the sight of a racing car proceeding to drift into a corner, fighting all kinds of laws of physics, aiming to make it out in one piece, just to accelerate away and to do it all over again. Colin Mcrea destroyed rally tracks in his Subaru, Ken Block destroyed streets in his Gymkhana series. In Formula 1, however, the drivers do not need the skills of a Mcrea or Block; the first thing a new Formula 1 driver needs to learn is how not to drift.

In Formula 1, “drifting” really refers more to the slight lateral sliding when pushing the car to the utmost limits. It does not refer to the extreme drifting you will encounter at a rally or when watching” Fast and the Furious: Tokyo Drift.” Sustained over steering, slides through corners, and overworked and smoking tires are not what you will usually see on a Formula 1 track.

The limits of a Formula 1 tire is much more abrupt than that of a rally/drift car. What this means is that while drifting, the tire will lose traction much easier, sliding out, as a result, leaving the driver with little to no control. Drifting is also made less possible due to the cars being designed to produce more downforce than the weight of the car.

Formula 1 tires provide great grip on the asphalt track; if you combine this with the high downforce engineered during a race, add the explosive acceleration provided by the turbochargers, you will find that the exit speed out of a corner is way faster when the driver is in control. Performing a drift maneuver will make all of the above improvements null and void.

So it seems that the slight drift that you sometimes see when drivers are pushing their cars to their limits should not be referred to as drifting. It’s more of a slight lateral slide or power slide.

A perfect corner in Formula 1 would be to maintain contact to the road with no wheel spin, no loss of traction, and tires pointing in a forward position (racing line), and accelerating out of the apex of the corner onto the straight part of the track. With little to no damage to the tire.

Why Formula 1 Cars Should Not Drift

Let’s face it, drifting, and racing go hand in hand. We as fans enjoy seeing cars enter corners at the optimal drifting angle, where the racer either controls the car expertly or ends up in a ditch or against a barricade.

Formula 1, on the other hand, is a different ballgame altogether. The goal in this sport is to stay on track at the fastest speed possible, using the racing line as a compass. Let’s examine the main reasons why Formula 1 drivers choose not to drift during races.

What would be the end result if all the drivers drifted in a race?

Imagine if all the drivers decided to start drifting come race day, it would be so entertaining, right? Think again. This is likely the scenario that would unfold for us watching the race.

We have covered the question of whether Formula 1 cars can drift, but here are some more interesting things you might not know about the racing world.

Is Formula 1 harder than rally?

This is a difficult question to answer. I would say yes, rally cars operate more like an ordinary beefed up car. For us normal folk, it will be much harder to learn how to drive a Formula 1 car compared to a more “normal” rally car.

Is rally more dangerous than Formula 1?

Yes. Formula 1 is governed by all sorts of rules and regulations geared to ensuring the safety of their drivers. Rally has more events and participation around the world, unfortunately adhering to safety regulations does not happen at all these events. Rally has more annual deaths and injuries compared to Formula 1.

Formula 1 as a sport has outgrown drifting and is more focused on keeping the car glued to the track. Cornering is now done at optimal speed and direction, maximizing acceleration and grip, and by looking after the tires. Drifting has no place in Formula 1 as it goes against all the enhanced engineering that has taken place in motor racing over the last several decades.

Luckily for us, there are still plenty of rallies and gymkhanas for when we want to indulge in cars burning up rubber and pushing slip angles to the max!

Louis Pretoriushttps://onestopracing.com
Previous article
How Are Monster Trucks Transported?
Next article
Can You Put A Turbo On A Go Kart?