Why Is The Monaco Grand Prix Shorter? 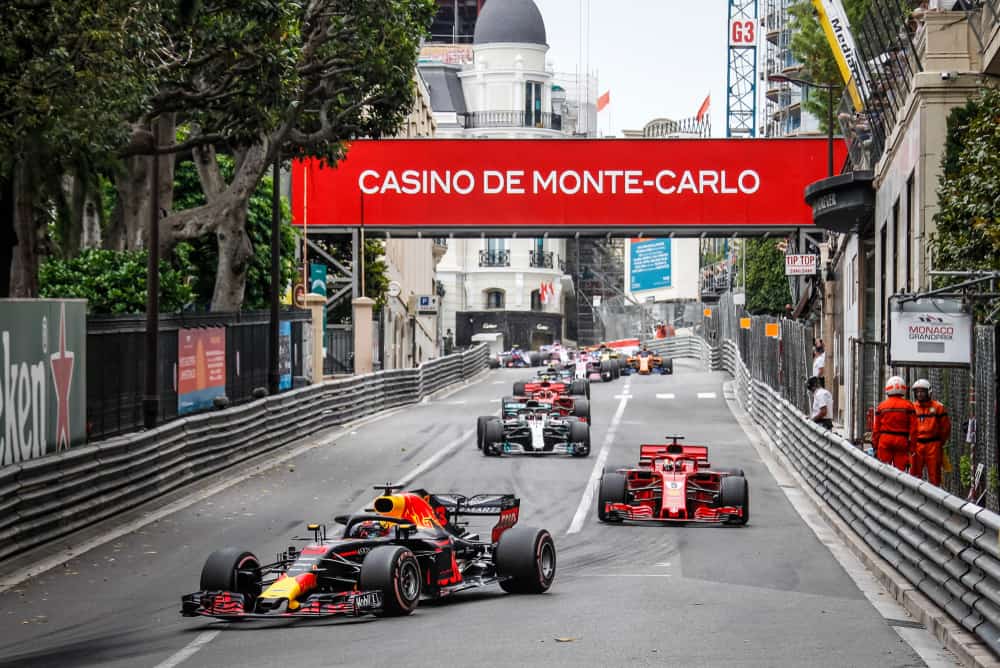 All F1 circuits have their peculiarities and elements that are special. Monaco is one of those iconic races and different from all the others. Among all its peculiarities, one caught my attention the most: Why is the Monaco Grand Prix shorter?

The race distance and the number of laps are established according to the length and speed of each circuit. As the average speed of the Monaco GP is much lower than the rest, the race distance is shorter, so the race lasts approximately the same as on the longer circuits.

Being a street circuit with fewer straights and narrower, the cars go slower than on other wider circuits so that the race does not become eternal. Let’s clear everything up here.

How Long Is The Monaco Grand Prix?

The distance of the Monaco GP is 260 km. The circuit is 3,337 km long, and the race consists of 71 laps. The race usually lasts between an hour and a half and an hour and 45 minutes, being one of the longest in duration, and on many occasions, the two-hour limit has been reached because there have been many Safety Cars or some red flags due to an accident.

Why Is The Monaco Grand Prix Shorter?

Every circuit is different. There are faster circuits, others slower, some wider, others narrower. According to the FIA regulations, the distance of a Grand Prix may not exceed 305 km, and no race may last for more than two hours racing in a three-hour window.

Then, depending on the characteristics of each circuit, it is estimated how long the race will last, and therefore, the total distance is calculated. As the Monaco circuit is an urban track, narrow and very slow zones, the average speed of the race is lower. For the race to last as in the rest of the circuits and not run over the two-hour time limit, the distance is reduced from 305 km to 260.

Why Did The Monaco GP Have Such A Strange Schedule?

Speaking of another of its peculiarities, the format of the Monaco Grand Prix has also been different from the rest of the Grand Prix, until 2022 when it has been decided to put it the same as in the other races.

Drivers and teams arrived at the track one day earlier than the other races, as the usual Friday free practices took place in Monaco on Thursday.

Friday was a day off, and both qualifying and the race were done as in the rest of the races, on Saturday and Sunday, respectively.

This has been done since 1929 when the race was held on the same week as the Feast of the Ascension.

Because that holiday falls on Thursday, it was logical to place the free practice sessions that same day for two main reasons: first, because being a vacation day, more people could go to see F1, and secondly, because that way, Friday’s commercial traffic was unaffected, as the GP is raced in the streets of the city.

The Monaco GP and the Feast of the Ascension have not coincided for a few years. Still, the organizers had maintained this tradition because the extra day in Monaco allows more money to be spent in the country as F1’s presence attracts thousands of people to the Principality during the week.

In addition, as the logistics of the Monaco GP are so complex, this extra day made it easier to run, and the drivers perform all kinds of social events, such as the famous fashion show at night.

The change to the traditional format in 2022 is because the introduction of the Miami GP in May forces the Spanish GP and the Monaco GP to be held two weeks in a row so that the logistics will become even more complicated, and the change will help to alleviate them.

Is Monaco The Hardest F1 Track?

Driving an F1 is difficult on any track, as each circuit has its challenges.

Urban races, like Monaco, are one of the most difficult, as the barriers are very close, and the penalty for a small mistake is higher than other tracks; any mistake can mean crashing your car. You have to be very precise and consistent while managing all the car’s options at the steering wheel, making it physically and mentally exhausting.

Just imagine spending an hour and forty-five minutes driving to the limit in such a tight spot. It’s hard to believe that some F1 drivers don’t make mistakes during all this time, considering the added difficulty of overtaking. Overtaking in Monaco is very hard, and on many occasions, drivers spend several laps behind another car trying to pass it.

And although Monaco does not always offer the most entertaining races to fans due to the difficulty of overtaking, drivers love to push the limits on the streets of the Principality, with its corners, ups, and downs, as if it were a roller coaster.

The Monaco GP is the oldest motorsport Grand Prix and, with its peculiarities, it has become the most famous and iconic race not only in F1 but in the world. In Formula 1, everything is thought out in detail for a specific reason that many times, not even the fans think about.