Can There Be More Than 10 Formula 1 Racing Teams? 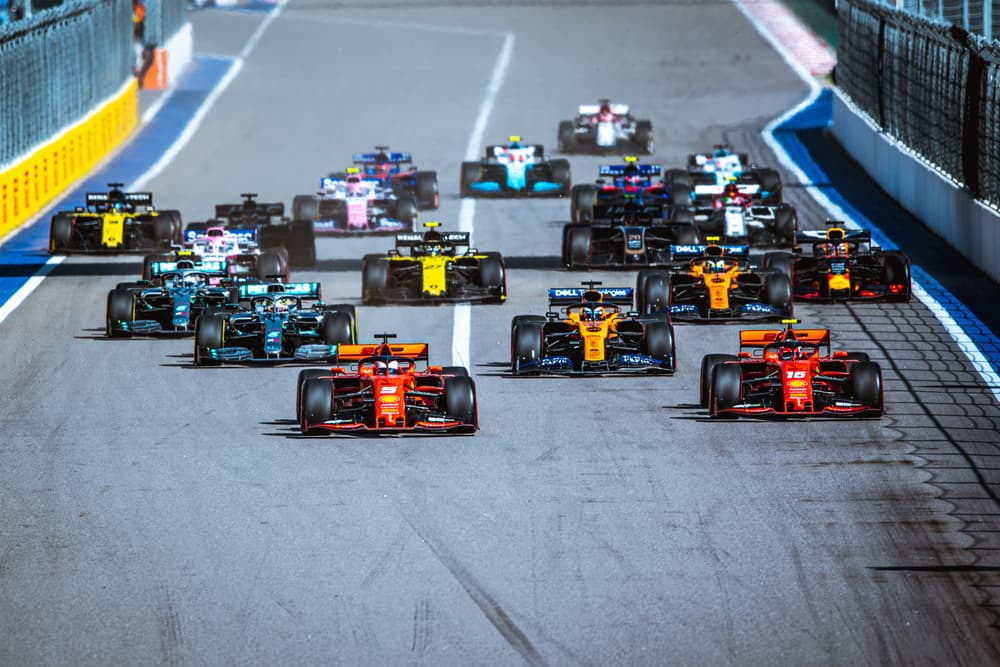 We are all well accustomed to the drill in Formula 1. 10 best teams,  2 cars each, making up a 20 person grid of the highest quality driving talent available in the world. There’s a problem with this, though, at least a problem that most of us have noticed quite a lot recently.

A lot of excellent drivers, both junior league drivers (Nick de fries, Alex Albon, Robert Shwartzman) and older drivers (Nico Hulkenberg, Sebastian Buemi, Jean-eric Vergne) who got a chance with F1 but ended up dropping out, are missing out on F1 seats because teams prioritize certain drivers more than others. Is there a way to solve this? The solution seems to be very simple: Allow more teams to race in the grid.

There is no limit for the number of teams entering a Grand Prix weekend, but only a maximum of 26 cars can start. Any new team entering Formula 1 must pay $200 million upfront to share the 10 existing entrants under new commercial terms within the Concorde Agreement.

Back in the 1980s and 90s, it wasn’t uncommon for up to 13 or 14 teams to enter into the series, although not all of them qualified for every race thanks to systems such as pre-qualifying or the 107% rule (the 107% rule is still in place today, although it hasn’t been used since the early 2010s). Formula 2 and Formula 3 have more than 10 teams, and racing there is as good as it gets. So why not Formula one?

Is Formula 1 limited to Only 10 teams?

There is no limit for the number of teams entering a Grand Prix weekend, but only a maximum of 26 cars can start. That means there are 13 teams allowed in F1. The FIA issues a period in which any new teams who wish to join can apply. Then FIA checks whether they have a substantial plan & finances then grants them the entry.

During a Grand Prix weekend, there used to be a pre-qualifying session for the slowest cars and new teams. They would then proceed to do the standard 26 car qualifying.

Why Is Formula 1 Reluctant To Allow More Teams?

F1 envisions the championship to have a franchise model similar to how U.S sports work. That’s not surprising given F1 owner Liberty Media is American and owns the Atlanta Braves Baseball team.

They strive to make running an F1 team a genuinely viable business. That creates an opportunity for existing teams to have first dibs on a place at the table. In return, they’ll stick around longer with solid foundations and consistent, predictable income and contribute to a more competitive and successful championship.

F1’s priority is protecting the existing 10 teams it does have and making successes of them, instead of welcoming new problems with open arms. The idea is that a 200 million buy-in for a new team would also help offset the loss in revenue suffered by existing teams that have already invested a lot in formula one

The 200 million dollars is intended to make sure that if someone is coming into the sport, they have the money to do it. Zak Brown, the Mclaren CEO, put it, ” what we’re trying to do as an industry is stop what we’ve had in the past where usf1 announces they’re going formula one racing and they never get to the track“.

So a premium of 200 million dollars to enter Formula One on top of everything else a new team has to do does look like a typically selfish anti-competition agenda. Still, it’s also rooted in a lot of common sense. It’s the sort of protection the likes of remaining independent Mclaren and Williams have been in dire need of for many years.

When Was The Last Time We Had More Than 10 Teams?

The 2016 Season was the last time we had 11 teams. Manor Grand Prix racing collapsed after failing to find a buyer. The team closed just before the start of the 2017 season. Going back, 3 new teams entered in 2010 – HRT, Lotus, and Virgin Racing.

HRT changed ownership before it even started and raced its first year with pretty much a show car. All three disappeared by the second half of the decade, suffering financial collapse, and these three teams were meant to be joined by a fourth, but USF1 never got near the grid.

F1s most recent new team, Haas, entered in 2016 looking for decent and quick success with a controversial Ferrari-dependent model. The team has since struggled to keep that going and has found it difficult to attract sponsors to offset the cost of running the team.

Porsche, Audi, Lamborghini, and Bugatti have all been rumored to enter F1. Porsche and Audi already have a lot of racing heritage through their participation in endurance racing, Le Mans, to name a few series.

Lamborghini and Bugatti have a lot of connections to the early days of F1. Prema and Carlin racing, who actively participates in the junior formulas, have on many occasions stated their interest in joining F1. Panthera Team Asia F1, SMP racing, Monaco F1 racing team, and Stefan Grand Prix racing have shown interest in joining Formula 1.

As of 2021, there doesn’t seem to be any team lining up to join F1, and it wouldn’t be a surprise if we won’t see a new team anywhere before 2025 when Formula One will appear with brand new engines technical regulations.

Whether Formula 1 should allow more teams to join in isn’t a simple one to answer. There are many clear-cut reasons why F1 is very reluctant about having no more than 10 teams around. Financial difficulty, resistance from existing teams, and previous bad experiences are some.

Nevertheless, many inherent advantages can come from allowing more teams onto the grid, for instance, allowing genuinely talented drivers a chance to show their skills.

Let’s wait and watch as to when a new team finally enters F1.

Louis Pretoriushttps://onestopracing.com
Previous article
Do F1 Drivers Keep Their Numbers?
Next article
What Is The Best Frame For A Go-Kart?