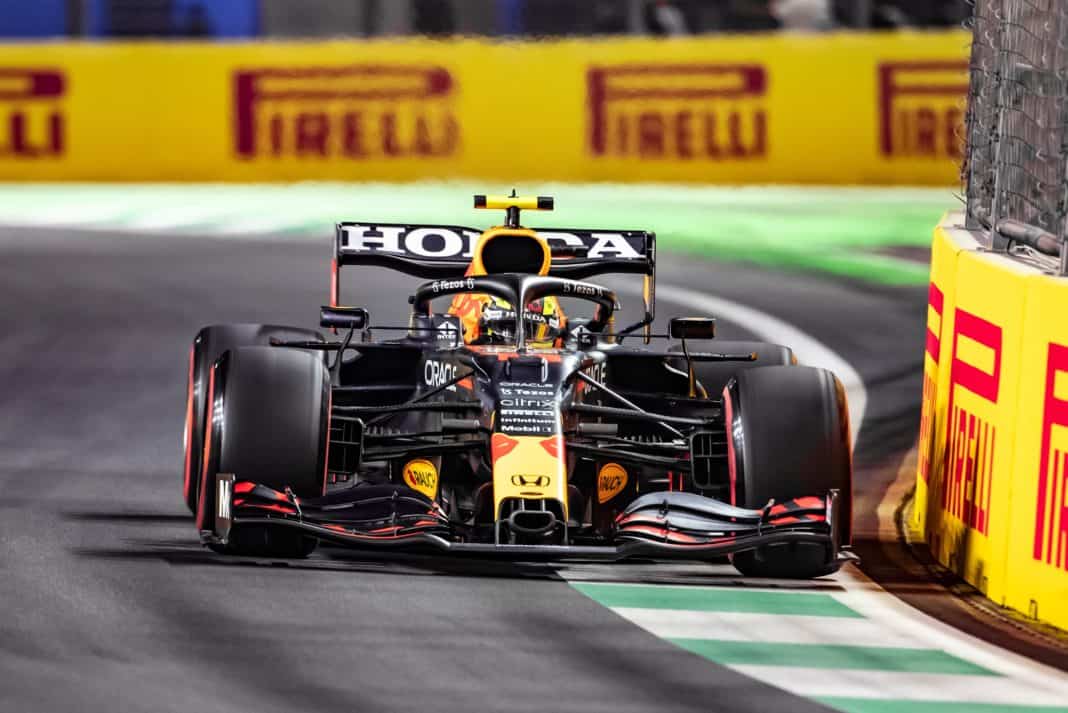 If you regularly watch Formula 1 races, you will have heard the race engineers tell the drivers to “keep the delta positive.” The language used in Formula 1 can become very complex for most mortals, as there are many specific terms, such as delta positive.

On the other hand, if a driver is below that lap time, it is referred to as “delta negative,” so it is a term with different conceptions. Stick around to find out all about delta positive.

What Is Delta Time In Formula 1?

Delta time is used when drivers are instructed to run within a pre-defined lap time to be the gap between that pre-defined target and the driver’s current lap.

The most common situations where drivers must run in a pre-defined lap time are when there is a Virtual Safety Car or when they are “catching up” to the Safety Car queue. This makes sense, as in these situations where there have been some incidents on the track, running slower reduces the risk of something happening.

If a driver goes faster than the pre-defined lap time, it is called “delta negative,” If he goes slower, it is known as “delta positive.” If he sets the same time, it would be “delta zero.”

However, the term delta time is also used in qualifying and free practice to refer to the difference in time between a driver’s lap time and the expected lap time or that of his rivals.

What Is A Virtual Safety Car?

The Virtual Safety Car, or VSC, is a system that forces drivers to slow down without the need for the actual Safety Car to come out on track, signaled by double yellow flags and illuminated VSC panels. It was introduced in 2015 and is used on occasions when there is a risk, but not enough to bring out the Safety Car, such as during the removal of a car from the track.

The VSC can be activated on the entire circuit or in some specific sectors. During the activated section, drivers have a pre-defined minimum time, approximately 30% slower than the race pace, which they cannot beat.

Through the digital displays on their steering wheels, drivers can see if they fit within that time. Everyone will try to get as close as possible to the pre-defined minimum time, but without going below it, so it is a great tool for no one to gain or lose time. The VSC is over when the luminous panels go out, and the green flags are waved.

Differences Between VSC And Safety Car

It can be a bit confusing to understand the differences between the Virtual Safety Car and the Safety Car and what they are used for, but let’s explain it. As mentioned above, the VSC does not require the actual Safety Car to go out on track, as it only consists of adjusting to a pre-defined lap time.

The VSC is used when there are less severe accidents and do not usually last as long as the Safety Car, which is used when something more severe or dangerous has occurred.

Safety Car periods neutralize the race, as all drivers must group together and follow it, while VSCs do not, as the distances between drivers remain the same. Therefore, VSCs do not harm or benefit anyone.

On the other hand, Safety Car periods can be detrimental to some drivers, such as the leader, if he previously had a large gap over the second, as it would be reduced entirely. In addition, during a Safety Car period, if it lasts long enough, the lapped cars can overtake it and thus complete a faster lap to unlap themselves and get into their respective positions.

When the Safety Car is over, cars get as close to each other as possible and resume the race with a flying start. With the VSC, the drivers simply return to the race pace when it is over. Therefore, we can say that the VSC is a “pause,” while the Safety Car is a true neutralization of the race, almost like a restart.

What Does “Keep The Delta Positive” Mean?

During Virtual Safety Car periods and when they are “catching up” to the Safety Car queue, the engineers tell the drivers to “keep the delta positive” so that they do not drive faster, i.e., below the pre-defined time.

During these sections, drivers cannot accelerate or brake sharply, but they can go as fast as they want as long as they do not exceed that time.

In reality, everyone goes at a similar speed, as they try to adjust as much as possible to the “delta zero,” although it is true that some drivers may lose or gain a few tenths of a second. They are not perfect machines, and some may lose a bit of time due to carelessness or depending on the track area they are in when the VSC ends.

Can F1 Drivers Be Penalized For Not Keeping A Positive Delta?

Drivers can be penalized for not adhering to the delta time if they keep a negative delta. During Virtual Safety Car periods, if drivers maintain a negative delta for a few sectors in a row, the stewards may impose a time penalty and disqualify the driver.

They can also be penalized if they deliberately go too slow, as this can pose a danger to the rest of the drivers. Therefore, the ideal is to maintain a positive delta very close to the pre-defined lap time while at the same time taking care of the temperature of the tires and brakes.

Delta Positive is one of many specific terms used in Formula 1. It is used especially when there is a Virtual Safety Car, in which drivers must run slower, within a certain margin, in situations where an incident has occurred.

At first, it’s easy to be overwhelmed by the sheer number of terms used in F1, but they all have their logic, and over time you will come to understand them and become a true expert.

Louis Pretoriushttps://onestopracing.com
Previous article
Red Light At The Back On F1 Cars
Next article
Does Red Bull Have Two F1 Teams?