How Important Is Qualifying In F1 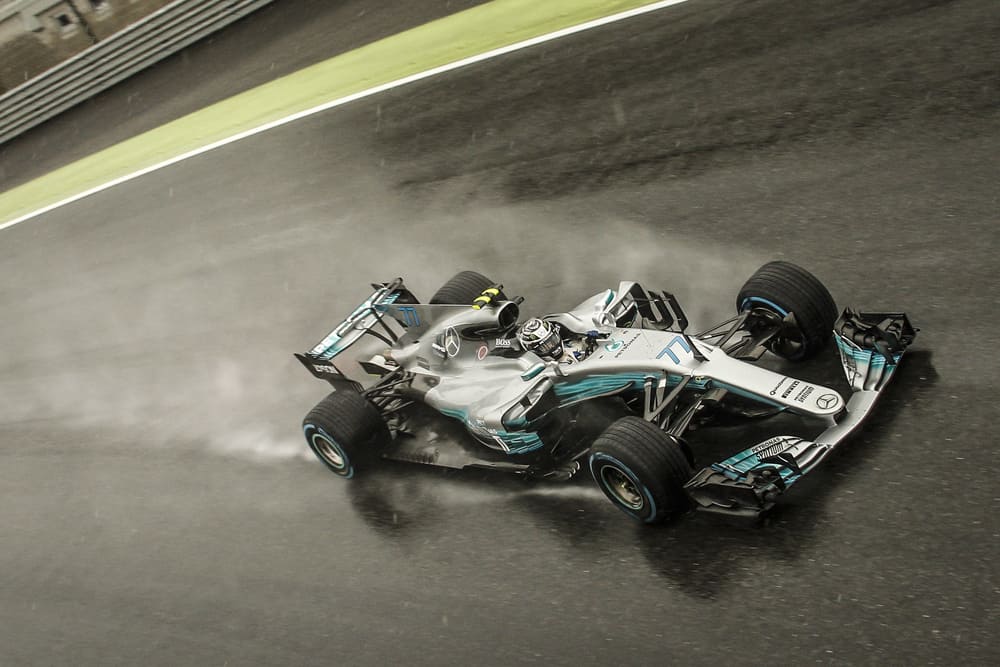 So, you’ve just watched your first Formula One qualifying session, and you wanted to get a summary of the results. So you go to formula1.com, go to the qualifying section, and hit results to see what happened.

Here there’s a lot of good information like who are the top drivers, what team they drive for, and their lap times during each of the qualifying sessions, but you want to know more like what is Q1, Q2, Q3 and what’s the race strategy, what do teams do in each of the sessions. In this article, we will cover what Formula 1 qualifying is and how important it is.

Qualifying takes place before every race to determine the order that cars will start the race. The fastest qualifier starts the race at the front of the grid and the slowest at the back. Each grid position is 8 meters apart, with a 16-meter gap between the first and third, so it is crucial to qualify towards the front of the grid.

The drivers in the front face far less traffic and can pull away with a better start. This is especially true in street circuits where overtaking is very difficult.

Previously, Formula 1’s qualifying session used to be an hour-long session where all the drivers were to participate with all the cars running simultaneously. Usually, the fastest driver took the number one position on the grid.

This gave the front-running teams a massive advantage as everyone knows they can splash out the money to make the fastest cars. The qualifying then became just like race days where only big teams used to win. To change this, FIA brought in reforms in 1996, 2003, and 2005.

How Does The Current Qualifying Format Work?

The current qualifying format was introduced back in 2006. The Qualifying session is split into three sections Q1, Q2, and Q3. The first session is referred to as Q1. In this session, all 20 drivers compete over 18 minutes to determine the top 15 that will advance to the next session.

After a short 7 minute break, Q2 begins, where the remaining 15 drivers have 15 minutes to set their best lap time. The top 10 drivers advance to Q3, and following an 8-minute break, Q3 begins.

The top 10 drivers have 12 minutes to set their fastest lap pole position is determined in this last session. In summary, qualifying is a one-hour event held on Saturday before the race, broken up into three sessions.

How Do Teams Approach Qualifying?

In Q1, top teams like Mercedes and Red bull use this session almost like a practice session. Their drivers use the time to ensure that the car is set up correctly for the upcoming session, and they will often use tires that are not brand new.

Midfield teams also generally easily make it through to the next session. The teams with the slowest cars like Haas and Williams struggle to make it out of Q1 even with new tires. In Q2, things get interesting in Formula One as there is a rule that states that the teams and drivers that make it to Q3 have to use the tires they used to set their fastest time in Q2 to start the race.

The softer tires give better qualifying performance but are often not the best tire choice to start the race. For this reason, top teams often try to use a medium or hard tire to try to set their fastest lap.

This strategy puts them at risk of being pushed out of the top 10 by a team using a softer tire. This makes Q2 a very exciting session to watch. Q3 is all about speed since this is the last session.

The only objective is to get the fastest lap possible. Generally, the cars are fitted with a brand new set of soft tires and are only fueled for one or two laps to keep the car’s weight down. Qualifying sometimes becomes more important than the races themselves, in street circuits like Monaco and Singapore, as there is hardly any space for overtaking.

What Is Sprint Qualifying?

Sprint Qualifying is a brand new concept introduced in 2021. The new format will be featured at 3 races throughout the season. The sprint qualifying will be a short 100km (62 miles) race held on Saturday, determining the starting grid for the main Grand Prix Race on Sunday.

The traditional qualifying session will decide the starting order for the sprint qualifying, held on Friday using the same knockout qualifying format. Drivers have free tire choice and are not required to take a pit stop during the race.

The top 3 finishers in sprint qualifying will also receive World Championship points with 3 points for the 1st place finisher, 2 points for 2nd place, and 1 point for 3rd place.

The Qualifying session remains a critical part of the entire Grand Prix weekend. It could decide whether you end up on the podium with a bottle of champagne in your hands or whether you just ended up on the race classification sheet with nothing to show against your efforts.

Usually, there is more drama and aggression during the qualifying session than the race day, with drivers and teams constantly being on their toes since qualifying requires them to be at their best to guarantee a good position in the starting grid. Therefore, it pushes everyone onto the track to get the fastest time as any mistake can cost them, affecting their race.

Louis Pretoriushttps://onestopracing.com
Previous articleWhy Is F1 Not Popular In The US?
Next articleAre F1 Tracks Permanent?