Why Are F1 Drivers So Young? 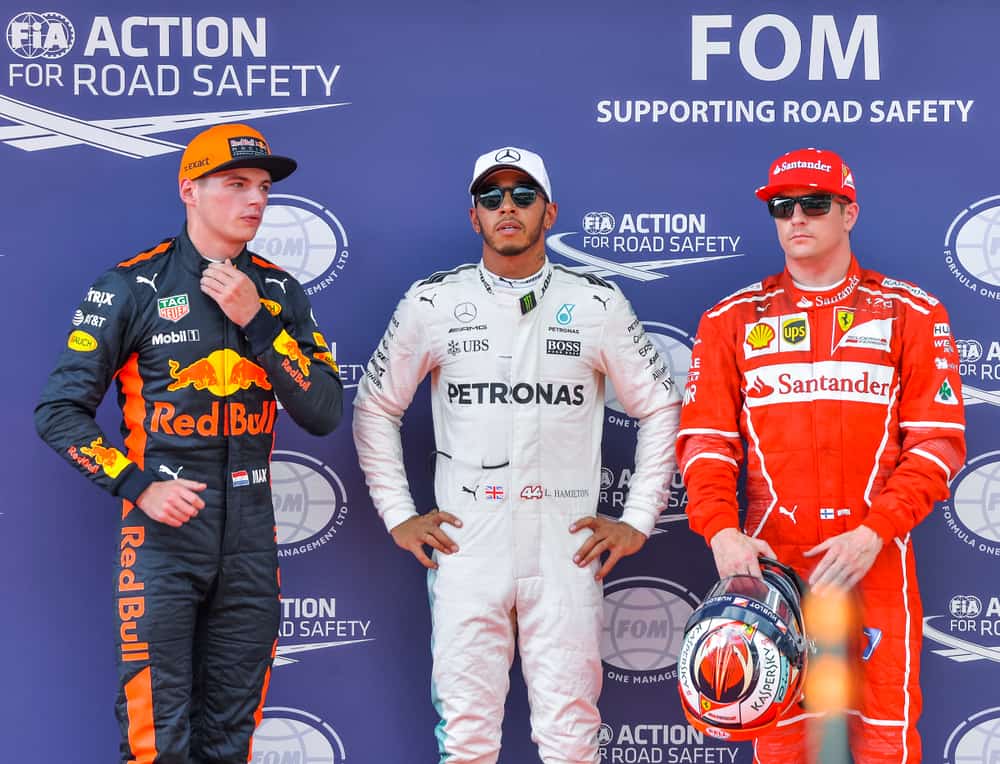 Formula One seems to be getting younger and younger. Drivers like Lando Norris, Max Verstappen, and Lance Stroll have all started their careers before turning 20.

Formula One drivers are so young because there is a lot more trust in young drivers than ever before. Drivers like Lewis Hamilton and Sebastian Vettel proved that young, inexperienced drivers could have success. So it means Formula One teams are looking at even younger drivers.

This is not the only reason why Formula One drivers are so young. It can be down to a variety of reasons. So why are F1 drivers so young?

Why Are Formula 1 Drivers So Young?

The current Formula One grid has eleven drivers who are 25 or younger. It seems like Formula One is younger than ever. It appears that teams are beginning to prefer having a young driver in the team instead of the experience a veteran brings. We have seen this trend develop over the last decade, and there are a few different reasons why.

Formula One has become much more of a physically demanding sport than it ever previously was. The drivers are put under fitness training that requires them to be a lot sharper and fitter. Things like muscle stamina and reaction time are much more critical than ever before in Formula One.

It means that teams are looking more for physical specimens rather than experience. Drivers have to put so much force through the steering wheels that they need intense focus for up to two hours straight. One slight lapse in judgment can cost millions for an F1 team. It means that teams may look at younger drivers a lot more because they are required to e much more physically fit than ever before.

Has Lewis Hamilton Led The Way For More Young Drivers In F1?

Formula One teams quite often had big reservations that young drivers could produce results quickly in the past. If you look at some of the all-time great drivers, they often did not get their first race seats until their early twenties. Michael Schumacher was not in Formula One until he was 22. Four-time world champions Alain Prost did not pick up a formula One seat until he was 25.

While Lewis Hamilton came into the sport at age 22, he could produce as soon as he stepped into that McLaren seat. Hamilton managed to win four races in his rookie season and finished just one point behind drivers championship winner Kimi Raikkonen. Jacques Villeneuve was the only driver to come anywhere close to this great start.

Hamilton, of course, then managed to win his first Formula One title at age 23. Sebastian Vettel then managed to repeat this feat in 2010. Despite being much younger, these two showed they could beat out more experienced drivers like Fernando Alonso, Kimi Raikkonen, and Mark Webber to win these titles.

This meant that Formula One teams started to look at younger drivers to join their teams. It has to be one of the reasons why we saw Max Verstappen become the youngest ever Formula One driver when he joined the sport at the age of seventeen. Since 2015, we have seen teenagers like Max Verstappen, Lando Norris, and Lance Stroll join the sport. They are not discriminated against because of their young age anymore.

Formula One teams are having to become smarter with their money than ever before. They also want to make sure that they get first to pick at some of the upcoming talents that are entering F1. This is why you have seen a lot more investment into Formula One driver academies.

Red Bull and Mercedes are the most prominent proprietors of this. The Red Bull driver academy has produced incredible young talent, including Sebastian Vettel, Max Verstappen, Carlos Sainz, Pierre Gasly, and Yuki Tsunoda. Ferrari is another team that has a tremendous amount of talent that has come from their academy. In the last few years, Charles Leclerc, Mick Schumacher, and Antonio Giovinazzi have been promoted to Formula One from the Ferrari drivers academy.

Formula One has invested vast amounts of money into its driver programs and is beginning to produce more and more talent. If you look at a team like Ferrari, they have eight drivers in their academy, all driving in some sort of Formula Racing. Red Bull has the same thing, with drivers like Juri Vips and Liam Lawson seeing success in racing outside Formula One.

A big trend with some of these drivers coming into Formula One over the recent years is how they are beginning karting so young. There are famous pictures of drivers like Max Verstappen, Esteban Ocon, Charles Leclerc, and George Russell, all competing against each other in karting before they were teenagers. Many drivers get into the sport a lot younger and so can have the same experience as some older drivers despite being younger.

The other major driving force is that we see younger and younger drivers receive financial backing. Karting is extremely expensive, and the large majority of families could not afford to put their children into karting. However, what we are seeing is more, and more often, young, talented karting drivers are receiving financial backing. Sponsors recognize that Formula One is getting younger and can make big profits off of drivers by supporting them early.

A big part of why young drivers like Lando Norris and Lance Stroll got their opportunities in Formula One so young is that they had significant financial backing, which allowed them to develop a high quality of driving throughout their childhood and teenage years.

Louis Pretoriushttps://onestopracing.com
Previous articleWhy Does F1 Only Use Pirelli?
Next articleHow Do F1 Teams Work?