How Important Is The Car In F1? 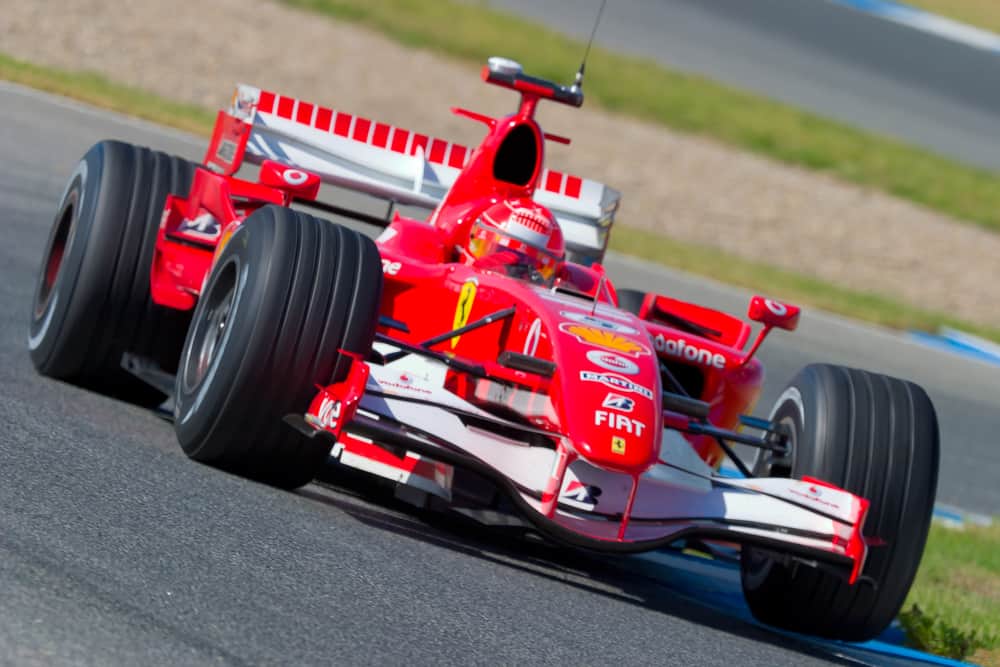 Success in motorsport is reliant on two factors: the car and the driver. Many F1 fans state that the driver is far more important than the car, and others take the stand that the car is the key to F1 success. This begs the question, how important is the car in F1?

The car is very important in Formula 1. The better the car, the better opportunity the driver has to win. The best driver on the grid in a poor racecar will not do well, while a great driver in a great car stands the best chance of success.

F1 is among the most popular motorsports internationally, which means that there are millions of international F1 fans with their own opinions regarding why certain drivers or F1 teams are successful. The chief argument in this debate is how critical the car is for success in F1. Let’s settle this common argument once and for all.

How Important Is The Car In Formula 1?

The cars used for competing in Formula 1 are the most technically spectacular racecars in the world. There are simply no other cars in the same league as F1 cars. However, these machines are not so overengineered that the driver is insignificant, but how important really is the F1 car?

If the car is not at the same level of performance as the other cars on the grid, it will not do very well in the race, regardless of the driving ability of the driver in the car.

However, the car is not the absolute key to success. There are other components in the equation that determine how well a team will do in Formula 1, but the car is one of the biggest factors.

The Formula 1 teams that have better access to funds and the most modern construction and development techniques and methods have the ability to construct a better car than those without.

The teams with the most robust budgets and the best abilities to construct their cars and components in-house are more likely to build a championship-winning car than smaller teams with smaller budgets who have to out-source the construction of various components or buy in-car components for construction.

The car that a driver uses in Formula 1 determines how well that driver will do. A fantastic driver in a poor car will not be able to win races against good drivers in good cars.

The car is vital in F1, but it is only one ingredient in the recipe for winning the Formula 1 World Championships.

Is The Driver More Important Than The Car?

While the car that is used in the race is critical for success, the performance of the car is not everything. The other part of the equation is the driver that races the car.

The car is important, but an excellent car in Formula 1 without a good driver to take it to victory is less valuable than an average car with a top-performing driver.

This is evident in many aspects of F1, but the most obvious example is to look at the two drivers in the top-performing teams in F1.

For example, the top two teams in F1 in 2021 are Mercedes and Red Bull. Both teams have two drivers, both of whom race in precisely the same car, but both teams also have one driver who clearly outperforms the other.

The fact that one driver in a team is clearly performing better than the other while they drive a car that is exactly the same in every way is evidence that the car is not the only important component of a successful F1 team.

Are All F1 Cars The Same?

The car is very important in Formula 1, but not every team is able to build the best car on the grid. It is true that the bigger teams with bigger budgets can build better cars, but the recent regulation change that limits the amount of money that teams are allowed to spend on car development has made the playing field more even.

However, despite the new regulations, no two teams produce the same cars. Even though there are spending limits, the bigger teams have access to better resources and technology for developing a better car for the money.

The way the cars are is built, the materials that are used in the car, and how the performance components of the car are designed, built, and implemented make the real difference between the cars and determine how well the cars will do in the racing season.

The truth is that the car is vital in Formula 1. It is also true that the driver of the car is integral for winning races, but in reality, the most important component on the track is the car.

If a good driver, even the best driver, is given a poor car to use, the driver will never win World Championships.

An excellent car gives the driver the best chance of winning races, makes overtaking easier, provides better race starts, and overall makes winning the World Championship possible, regardless of whether or not the team has the best drivers.

The car in F1 is absolutely vital for winning races, scoring points, and winning World Championships. The next time your F1 friend says that the car is unimportant and everything comes down to the driver, remember this article and raise these points.

The driver is important, but without a good car, a great driver is wasted.

Louis Pretoriushttps://onestopracing.com
Previous article
Do F1 Cars Have Traction Control?
Next article
How Much Do F1 Cars Cost?