How Much Do F1 Cars Cost? 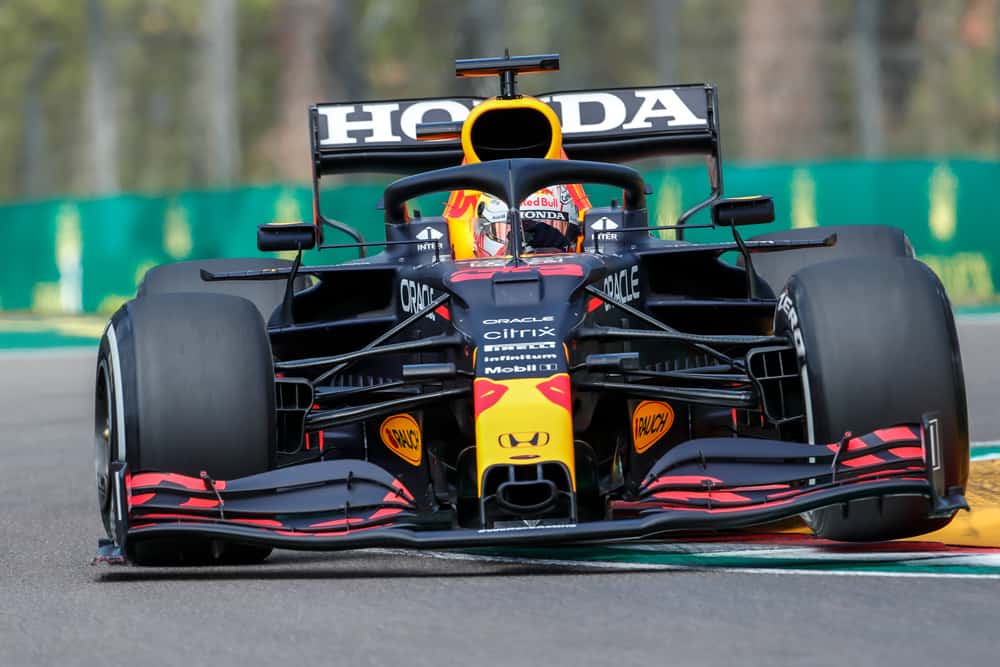 As a Formula One fan, the news of salary caps on Formula One teams following the 2021 season have raised concerns regarding how money should be spent to ensure optimal performance. This begs the question: how much do F1 cars cost?

While it is very difficult to quantify how much a Formula One costs to develop and manufacture due to the costs of skilled labor needed to do so and variations to which teams budget. The costs of parts assembly can be quantified with improved accuracy.

How Much Does A Formula One Chassis Cost?

A Formula One chassis is built, designed, and installed as a monocoque. A monocoque is a structural technique where stresses are absorbed by a thin membrane rather than a series of beams.

The composition of a Formula One chassis is roughly twelve layers of carbon fiber mats. This allows a 35kg chassis the capability of dealing with attachments and large aerodynamic loads.

Ideally should be a chassis should be twice as strong as steel while being five times lighter!

The standard cost of a Formula One chassis is approximately $707 000.

How Much Does A Formula One Floor And Bargeboard Cost?

While presumably simple in its design and purpose, the floor of a Formula One vehicle serves various uses, meaning that it is essential to utilize the best available materials and designs to construct it.

In the past, a Formula One vehicle’s floor generated upwards of 60% of its downforce, this being a vital force to harness for purposes of grip and performance.

However, the FIA passed a regulation in 2021 that aimed to reduce the downforce generated by a vehicle’s floor. The purpose of the regulation was for safety reasons and involved removing a section of the floor near a vehicle’s rear wheels.

As a result of this regulation, aerodynamicists (Formula One engineers specializing in aerodynamics) are developing alternative methods of generating downforce via the floor. This is achieved through redesigns on the floor in non-restricted areas.

In contrast, the bargeboards, situated between the front wheels and the side pods, have become intractably designed since regulations of aerodynamics were freed up in 2017.

The intricacy of the designs of Formula One floors and bargeboards translates into a combined amount of approximately $141 000.

How Much Does A Formula One Front Wing Cost?

Both wings can be developed and installed between races, relatively to the track and conditions. This leads to teams racking up high costs on wings throughout the Formula One calendar year.

Having a more complex design than the rear wing and the capability of easy pit stop removal and replacement, in instances of damage to the wing during a race, front wings and nosecones are approximately a combined total of $141 500.

How Much Does A Formula One Rear Wing Cost?

In light of the new rules of aerodynamics in 2017, coupled without the need for removal during races, Formula One rear wings are generally less expensive than their front wing counterparts.

How Much Does A Formula One Halo Cost?

Introduced in 2018 and developed by the Cranfield Impact Centre in England, the halo is a mandatory and crucial safety feature of modern Formula One vehicles.

The halo is a frame emerging from the front of a Formula One vehicle that is elevated above the driver’s head in a spherical shape.

The purpose is to protect the driver’s head from heavy debris and other vehicles or surfaces in the event of a crash.

Despite its lightweight, the halo has been shown to withstand a force of 100 Kilonewtons or 10.2 tonnes!

Two notable instances since its introduction of the halo helping protect drivers during accidents are Romain Grosjean’s crash at the 2020 Bahrain Grand Prix and Hamilton’s collision with Verstappen at the 2021 Italian Grand Prix.

Both these collisions and footage of the halo protecting these drivers can be viewed via the following links to Formula 1’s official YouTube channel (content warning: graphic footage which some viewers may find disturbing):

Despite being a genius piece of engineering and an essential safety component of a Formula One vehicle, a standard halo is relatively inexpensive at an approximate cost of $17 000.

How Much Does A Formula One Engine Cost?

The most multifaceted and expensive component of a Formula One vehicle is its engine.

Formula One has been using the same 1600cc V6 turbocharged engines since 2014. These power units, which are optimized for maximum performance, consist of six primary components:

To put in perspective just how much a Formula One engine costs, consider that a single-piston can cost over $65 000! This is 1000 times more expensive than pistons found in a regular motor vehicle.

For an in-depth analysis of why Formula One pistons are one of the most expensive components of a Formula One vehicle, the following link is to the video “Why F1 Pistons Cost £50,000!” on Driver 61’s YouTube channel:

Altogether the approximate cost of a standard Formula One engine is approximately $18.32 million.

How Much Does A Formula One Fuel Tank Cost?

During a race, Formula One vehicles are allowed to use a maximum of 110kgs (or 242 lbs) of fuel. However, while this is the maximum amount allowed, vehicles seldom store this amount, as it adds unnecessary weight.

To allow for fuel-saving, teams perform a series of setting changes on the car or instruct their drivers to use the technique of “lift and coast.” This involves driving lifting the throttle of their vehicle before the braking zone when going into corners.

Fuel efficiency has been a major concern of the FIA in recent years in an attempt to make racing more eco-friendly. Using Mercedes as an example, their 2020 vehicle has a thermal efficiency of 50%, meaning most of the fuel is used for propulsion.

Fuel tanks which house this fuel (which sits at approximately $10/gallon) are designed as a ribbed bag that sits behind the driver’s seat and is attached to the seat to avoid collapse upon fuel depletion.

Made from polyurethane and Kevlar, these bags are virtually indestructible, meaning they have built-in safety precautions in their design in the event of fires resulting from vehicle overheating or a crash.

How Much Does A Formula One Gear Box Cost?

Formula One vehicles have intricate and complex gearboxes. These semi-automatic gearboxes have eight forward gears and one reverse gear, illustrating how quickly revs build up during acceleration!

The method of changing gears is through an automated sequential paddle-shift system, allowing for seamless shifting, resulting in a gear shift of about 0.05 seconds each.

While some smaller teams opt to purchase their gearboxes from their competitors, the more prominent teams will design and manufacture their own gearboxes.

How Much Do Formula One Hydraulics Cost?

Given the intricacy of the system and its objective of dictating various vehicle subsystems, a standard Formula One hydraulics system is approximately $170 000.

How Much Does A Formula One Steering Wheel Cost?

Formula One vehicles house a multitude of electronics within a carbon fiber frame fitted with silicone grips.

Each of the buttons on the steering wheel can be customised to the liking of the Formula One team and their respective drivers.

Despite its small size, a standard Formula One vehicle costs approximately $50 000.

How Much Do Formula One Breaks Cost?

Because of the high speeds of Formula One vehicles and the importance of precise braking for safety reasons and to maintain control around corners, Formula One brake systems are made up of a combination of different components:

Braking systems are so expensive because of the amount of downforce and heat they have to withstand to slow down or stop a Formula One vehicle successfully.

Previously, the limiting factor for braking was the grip available from tires, which means that in the 60s, braking systems were unlike road vehicles and were made of steel.

Nowadays, braking systems are made from various materials and are subject to continuous testing and development. This is because modern Formula One vehicles increase the heat experienced by braking systems to over 1000 degrees Celsius!

For an extensive breakdown and explanation of the design behind modern Formula One braking systems, the following is a link to the video “Why These F1 Brakes Cost £50,000” on Driver61’s YouTube channel:

How Much Do Formula One Tyres Cost?

Formula One tires are standardized, manufacturing, and distributed solely by one manufacture, that being Pirelli.

Unlike regular road tires, racing tires as supplied by Pirelli come in a multitude of compounds and varieties to account for different track and weather conditions.

Designed for limited usage, these tires come in soft, medium, or hard compounds. While including different characteristics to account for dry, wet, and intermediate conditions.

It is worth considering that a single set of tires is simply for one vehicle to operate for a set number of laps. Teams have a stockpile of tires that are constantly swapped out over race weekends, resulting in much higher costs!

The Cost Of Formula One Ancillaries

While the above headings outline the costs of the main components of a Formula One vehicle, ancillary components amount to approximately $51 000.

To see the overall construction of a Formula One vehicle, the following is a link to the video “Formula 1 Car Development And Production | HOW IT’S MADE” on Cars Garage’s YouTube channel:

Louis Pretoriushttps://onestopracing.com
Previous article
How Important Is The Car In F1?
Next article
How Much Do F1 Mechanics Make?