Is Toyota In Formula 1? 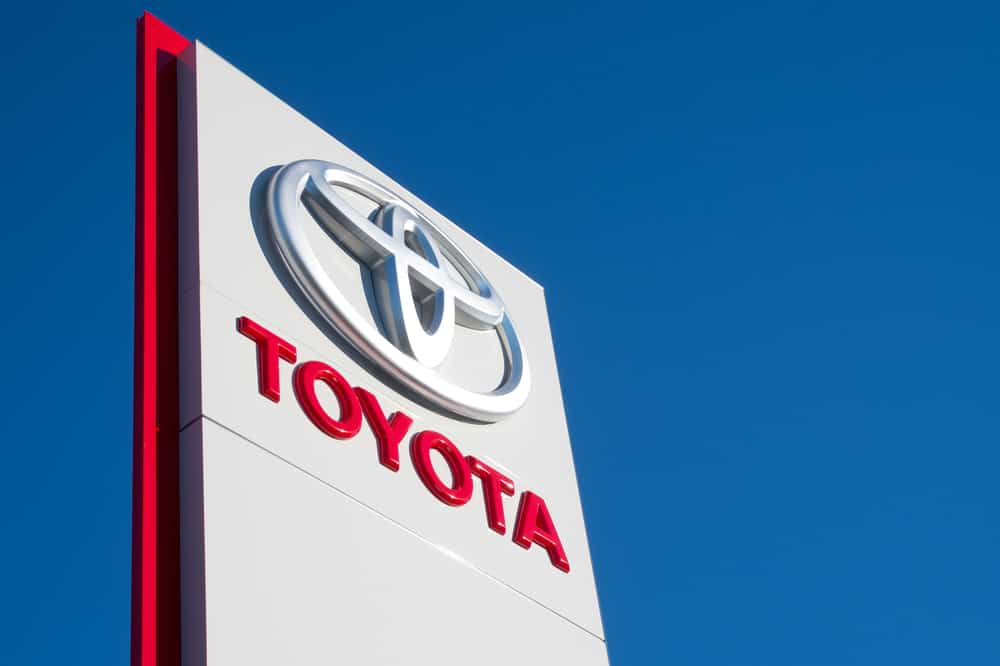 As one of the biggest car manufacturers globally and arguably the face of the Japanese bustling automotive industry, it’s no surprise that Toyota has competed and succeeded in various motorsports throughout its history. So is Toyota currently involved in Formula One?

Although Toyota does not have a team or presence in the 2022 World Championship, they did have a team between 2002 and 2009. Despite having planned their entry since 1999 with an extensive budget, successive seasons of mediocre results ultimately led to their withdrawal from the sport.

To understand the rise and fall of Toyota’s presence in Formula One, it is worth looking at the history of Toyota in Formula One, including but not limited to their results, key moments in their history, and the reason for Toyota’s exit from the sport.

What Is The History Of Toyota In Formula One?

In 1999 and with the backing of Toyota Motorsport GmbH, Toyota announced its decision to enter Formula One. Their official entry into Formula One was the 2002 Australian Grand Prix, which would see points being scored for Mika Salo’s 6th place finish.

However, despite having one of the biggest budgets in the sport’s history, Toyota only managed to score two points in the entirety of the 2002 season, which saw them coming 10th in the Constructors’ standings.

While there would be improvements in subsequent seasons, including a 4th place finish in 2005 and a 5th place finish in 2008 and 2009. The lack of a win in eight seasons of Formula One, coupled with inconsistent results and management/commercial differences, led to Toyota’s exit after the 2009 season.

Why Did Toyota Leave Formula One?

Despite Toyota having one the biggest budgets during their tenure in Formula One, they severely underachieved despite their high expectations going into the sport. Three primary reasons cited for Toyota’s poor performances and subsequent exit are:

Before entering Formula One in 2002, Toyota had had success in other motorsports such as World Rally Championship and Le Mans. Consequently, Toyota was confident that it had the funds and skills needed to develop a competitive car and engine.

However, a combination of FIA regulation changes surrounding engines and the increased investment by other teams in Formula One going into the 21st Century meant that Toyota struggled to produce the car or house the manpower needed to compete with top teams in the sport.

Many drivers that were under the employ of the Toyota Formula One team have been vocal about the mismanagement at Toyota.

These accounts include the overt criticism of drivers by non–drivers, and the tendency to cut contracts short, thus not allowing drivers the time needed to fit into the team culture and become accustomed to the vehicle.

A prime example of Toyota’s failure to recognize the shortcomings of their vehicles and to rather put the blame on drivers came to a head when Da Matta, despite having a strong start to his 2003 campaign, was fired by Toyota in mid-2004; for his public criticism of the car!

Upon Toyota’s entry into Formula One, the company moniker of doing things the “Toyota Way” was a philosophy that had proven extremely successful in commercial vehicles and motor racing.

This company philosophy is famously corporate, resulting in systematic decision-making with multiple checks and balances before approval is given to ensure agreement across the different sectors/levels of the company as a form of risk aversion.

However, while this may have proven to be a successful philosophy in Toyota’s many ventures, it did not translate well into Formula One, infamous for its multiple rule changes, regulation changes, logistical issues, and generally unpredictable nature.

Consequently, the lack of flexible management and fast decision-making would hamper Toyota’s performance across Formula One compared to other Formula One teams.

Other teams would imbue extensive decision-making powers to team principals and head engineers without the oversight of corporate figureheads rubber-stamp any decisions.

4. The Sport Falling Outside The Scope Of Toyota’s Visions

Some of the reasons given by Toyota’s senior managing director, Tadashi Yamashina, for their departure and continued absence from Formula One is due to its continued perception as an “Elitist” sport.

Yamashina has gone on record to say:

“Toyota’s stance on motorsports is geared more toward the customer. There is a big gap between Formula One and Toyota’s actual car users.”

Consequently, while other brands such as Mercedes, McLaren, Ferrari, and Aston Martin may thrive in the Formula One environment, which advertises their car and brand as luxurious and upper–class, Toyota’s brand is more focused on the everyman’s family car.

While Toyota had no less than eight Formula One drivers in their employ that they would swap regularly, two of Toyota’s most notable drivers include:

These two drivers were responsible for all of Toyota’s seventeen podiums between 2005 and 2009, although none of these podiums translated into a win for Toyota during their tenure in Formula One.

Is Toyota Planning A Return To Formula One?

Further to Toyota’s statement to avoid the “elitist” nature of Formula One, it appears highly unlikely that Toyota would consider re-entry into Formula One in the future.

Couple this with the fact that re-entry would mean an exit or reduced budget in other motorsports where Toyota are successful, such as NASCAR or GT Endurance racing (both of which allow for improved fan interactions with the racers and vehicles) and Toyota’s return to Formula One appears even more unlikely.

Although Toyota continues to be a world leader in commercial car production and other motorsports varieties.

Toyota’s entry and exit into Formula One is a prime example of how extensive budgets do not guarantee success in the sport without sound management and a clear company vision.

Louis Pretoriushttps://onestopracing.com
Previous article
Is Renault In Formula 1?
Next article
Who Is The Worst Formula 1 Driver?