Who Gets Paid More: Formula 1 Or MotoGP? 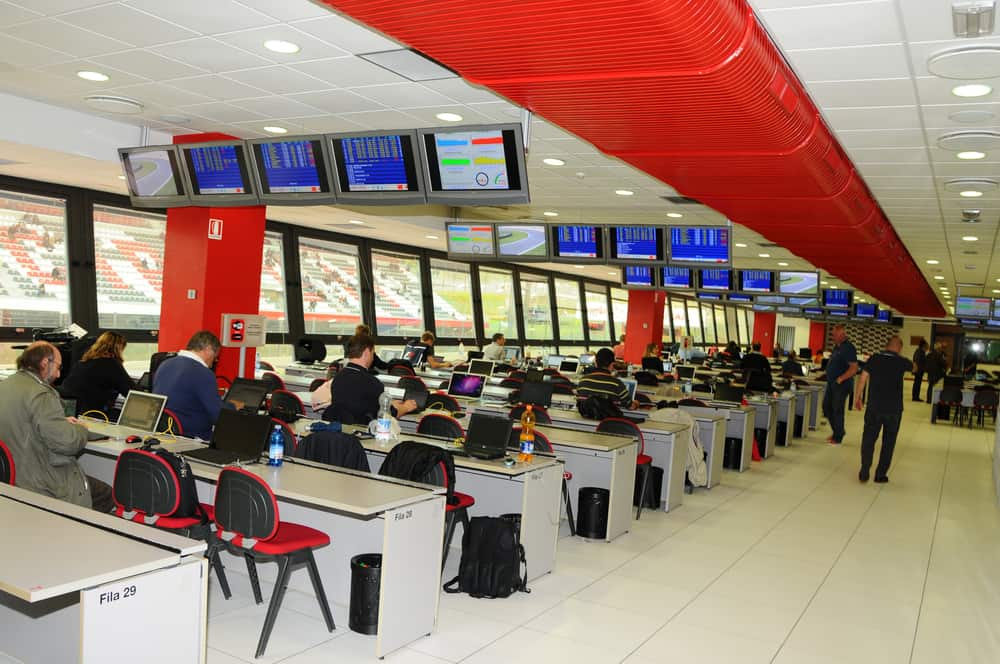 For a long time, four-wheeled motorsports have commanded big budgets, all of which were made possible because their viewership figures were so high. Racing series like Formula One, IndyCar, MotoGP, and the Leman’s twenty-four-hour race are all household names. Yet, the MotoGP series is quietly establishing itself as a significant player, possibly already outpacing all the other series other than Formula One.

Being one of the most watched sports globally, Formula One can command substantial revenue from TV rights holders who know that sometimes over 100 million worldwide viewers will see their product or brand. The relative values of the drivers’ earnings are reflected in this reality.

How Do Formula One and MotoGP Drivers Earn Money?

The drivers from each racing discipline are paid on completely different scales and are not comparable.

Formula One drivers have the simplest structure. They earn income in two ways.

They Receive A Salary

The Formula One drivers’ agents negotiate an employment contract that hopefully lasts more than one year. It is not always the case; in some instances, teams will only offer new rookies a single-season contract.

At the highest end of the employment scale, Max Verstappen has recently concluded a five-year contract which, in the first year, pays him $50 million.

The two highest earners in Formula One are Lewis Hamilton and Max Verstappen, who earn  $50 million each.

The lowest earning driver is Yuki Tsunoda, who earns $750,000 per year in his first two rookie seasons.

Drivers can enter into endorsement deals; however, there is generally a contractual requirement to pay a share back to their team.

Bonus’s Which Drivers Can Earn.

While most teams have a bonus system, they do not publicly discuss any driver incentive programs they may have in force; however, they are widely accepted to include bonuses for the following achievements.

MotoGP drivers have multiple income streams, these include.

The MotoGP riders are paid a guaranteed minimum salary, subject to being adjusted at the season’s end based on the number of races they participated in.

The minimum salary ranges between 90% to 95% of the total possible salary earnings,

For example, Marc Marquez, the highest paid rider, receives a guaranteed minimum salary of $14,000,00o, which is adjusted by an amount equal to $750,000 for each race he rides in.

Assuming he rides in all twenty-season races, he will earn $ 15 million in 2022.

MotoGP Riders Can Have Sponsorship Deals

Particularly in the case of the lower-earning riders, they are often allocated some advertising space on the bike onto which they can affix their sponsor’s decals.

The positions which they can advertise on behalf of their sponsors include.

As the riders become better known and achieve more success, their salary packages will increase. While this is good news, one downside is that the available advertising space on their wearables is reduced and is typically restricted to one spot on the rider’s chest.

If a winning rider chooses to use a premium helmet, there will be less sponsorship money paid; however, the sponsorship deals from an up-and-coming brand may be much more lucrative.

The agreement to place personal sponsorship logos on a rider’s helmet can be very lucrative. A small sticker will cost the sponsor $25,000 up to $200,000 for a more visible sticker positioned on the chin guard.

If a top-tier river is prepared to endorse a product, it represents a potentially very significant income stream.

There have many rumors that MotoGP riders have incentives for being placed in a race or for winning the fastest lap during a race; however, this has always been denied by the income rights company – Dorna Sports.

It is suspected, however, that financial prizes are earned for the following achievements.

It is also possible to earn bonus’s from the rider’s sponsors.

The Riders Get Free Medical Help

All teams pay the premium for their riders to be looked after by Clinica Mobile regarding the health coverage provided by IRTA (International Road Racing Teams Association), which provides care for injuries and illness on and off the track.

The Top Riders Get A Personal Assistant

The top riders have a personal assistant (paid for by the team), and they have access to

The Team Pays For The Rider’s Travel Costs

The team pays all of the rider’s travel costs to and from the events.

As the rider grows in success and stature within the MotoGP community, they will be offered more travel perks, including business class flights and sometimes flights on a  private jet.

It is not a perk, but more of a necessity, considering the horrendous travel schedule they are exposed to and the fact that they have to be back on the bike in optimal condition week in and week out.

What Are Formula One And MotoGP Earnings?

The gap between the very successful drivers and the rest is substantial and is driven primarily by the driver’s performance through a season.

The following list compares the earnings of the F1 drivers.

The differences between the driver’s earnings are highlighted below.

Revenue Sources For Formula One And MotoGP

In The Racing World, Formula One Is The Biggest Revenue generator.

Formula 1 has several revenue streams, which include:

With a global viewership of 100 million people, Formula One enjoys the 7th largest viewing audience globally.

Each one of the twenty Formula One racing venues worldwide which hold events during the season pays for the privilege of hosting a Formula One event.

An example of the revenues earned from this source is that it has been disclosed that the Silverstone circuit in Great Britain paid $25 million to host the Formula One race in July 2022.

Based on twenty races annually, the revenue from this source of no less than $500 million.

The promotional partnerships entered into by Liberty media each year earn just under $150 million for the sport.

It does not include the sponsorship deals and why the drivers and teams negotiate separately.

MotoGP earns revenue from several sources, which include:

The awareness of MotoGP and viewership numbers increased significantly during the pandemic partly due to bored people channel hopping looking for exciting content.

The global public has increased to over 40 million people in the last twenty-four months. Although this is less than 40% of Formula One’s viewership, the online sport’s presence on YouTube and other social media platforms is higher than that of Formula One.

The audio-visual content rights earn MotoGP 66% of their revenue.

During the period in which the pandemic was in full force, MotoGP kept operating despite their revenue for this source reducing by 35%over that period.

2. Fees From Promoters And Tracks

Each MotoGP racing venue worldwide pays to host a MotoGP event; the circuit(or promoter) receives the takings at the gate.

The advertising and sponsorship revenue accounts for 20% of MotoGP’s income.

It dropped by 14% during the pandemic.

Provision of television services to the TV channels provides 8% of MotoGP’s revenue.

Once again, during the pandemic, revenue from television services dropped by 15% from the previous year.

Approximately One million dollars is earned from an item termed logistical services.

During the pandemic, revenue from this source dropped by 68% from the previous year.

While Formula One drivers earn more than their MotoGP brethren, the differences are not quite as stark as they may first see. Once you add back the revenue from background sources such as helmet and racing suit manufacturers and include possible revenue from sponsorship and product endorsements, the most successful MotoGP riders can achieve substantial earnings.

The future for both sports looks bright; however, the rate at which MotoGP is increasing is fan and viewership base; there may be a point, sometime in the future, when it starts gently knocking on F1s back door.