How Do New Teams Enter F1? 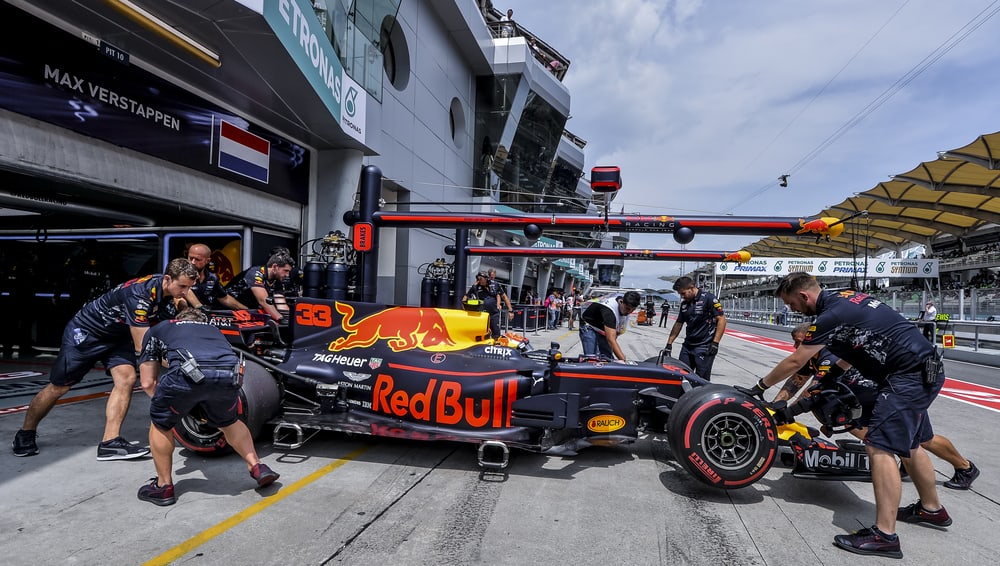 Some weeks ago, a friend showed me an old F1 race, and I was surprised that there were hardly any current teams. Yes, there were Ferrari, McLaren, and Williams, but the rest were completely different. So I asked myself: how do new teams enter F1?

When a new team is interested in entering F1, they must apply to the FIA and pay a $200 million entry fee. Once the license is granted, they must build their cars and request their homologation by the FIA, and, once approved, they can enter in all events of the championship.

It is a long process since F1 has to make sure that the team has the necessary resources and infrastructure to participate in the championship. Let’s dive deeper into the subject!

How Do New Teams Enter F1?

When F1 seeks new teams, due to an existing team deciding to leave the sport or when the FIA simply wants to expand the field, it sets a certain window period (from 21 October to 1 November of the previous year) to submit applications for the entry process to join the sport. Interested teams must pay an entry fee of $200 million, divided among existing teams.

After the application process, the FIA assesses and decides which applicants are worthy of entry. In accordance with article 8.2 of the 2021 F1 Sporting Regulations, applications shall include:

All applications are studied by the FIA and accepted or rejected at their absolute discretion. The FIA studies whether applicants have sufficient infrastructure, financial and human resources, experience, technical ability, and adequate maintenance capacity to choose who enters.

After meeting all the requirements, the teams have an entry to compete in F1, but to participate in the races, they must prepare and build a car that meets the safety standards and requirements through extensive testing. After this, the team would be ready to compete.

This measure seems a bit counterproductive, as paying so much money can put back many teams that would like to enter. However, what F1 is looking for with this measure is to create a more competitive and equal championship.

With the entry of a new team on the grid, the benefits of the existing teams have to be divided into one more, so the slices of the pie will get a bit smaller. The $200 million are distributed among the existing teams with the idea of helping offset the loss of income suffered by current teams that have already invested a lot in F1.

The other reason for this measure is to prove that the new teams have a serious commitment to F1 and demonstrate a stable investment capacity in F1. In other words, the FIA prefers fewer teams to enter, but with a greater degree of seriousness and commitment, that more teams than at any time could go into crisis and end in bankruptcy.

How Many Teams Can There Be In F1?

In accordance with article 8.6 of the 2021 F1 Sporting Regulations:

“No more than 26 cars will be admitted to the Championship, two being entered by each Competitor”.

This means that the maximum number of teams that can be in F1 is 13. Today we have 10 teams and 20 drivers, which many fans consider little since there are many worthy drivers for so few seats.

In 2016 the number of teams increased to 11 with the American team Haas and dropped again for 2017 to 10 with the retirement of the Manor team (formerly Marussia).

For this reason, F1 has set itself such a high entry price so that the teams that enter the championship ensure their presence for many years, thus offering stability.

When Will There Be New Teams In F1?

The last team to enter F1 was Haas in 2016. No other team has dared to enter the category. The main reason could be the significant investment and expense that F1 requires, which puts many potential teams back, as they could enter a black hole of debts and payments.

In 2020, two teams showed interest in entering F1: Campos Racing (a Spanish F2 and F3 team) and Panthera Asia Racing (a South Korean project). However, the Covid-19 pandemic delayed all negotiations and proposals, which remain uncertain.

Nevertheless, according to Formula One’s motorsport director Ross Brawn, 2022 regulation changes could attract new teams due to budget limits and the greater equality expected to be. Who knows what will happen in the future, but fans are looking forward to seeing new teams on the grid.

Entering F1 is an arduous process, which requires organization and a lot of money and resources since F1 is a serious business looking for great competitors and spectacle.

Are 20 teams few, or is it okay? There is a diversity of opinions, although it is true that sometimes they seem few when such talented drivers as Hülkenberg or Albon are left out.

Louis Pretoriushttps://onestopracing.com
Previous article
Why Do F1 Drivers Take Their Steering Wheel?
Next article
Do You Have To Make A Pit Stop In F1?