How To Get Into MotoGP 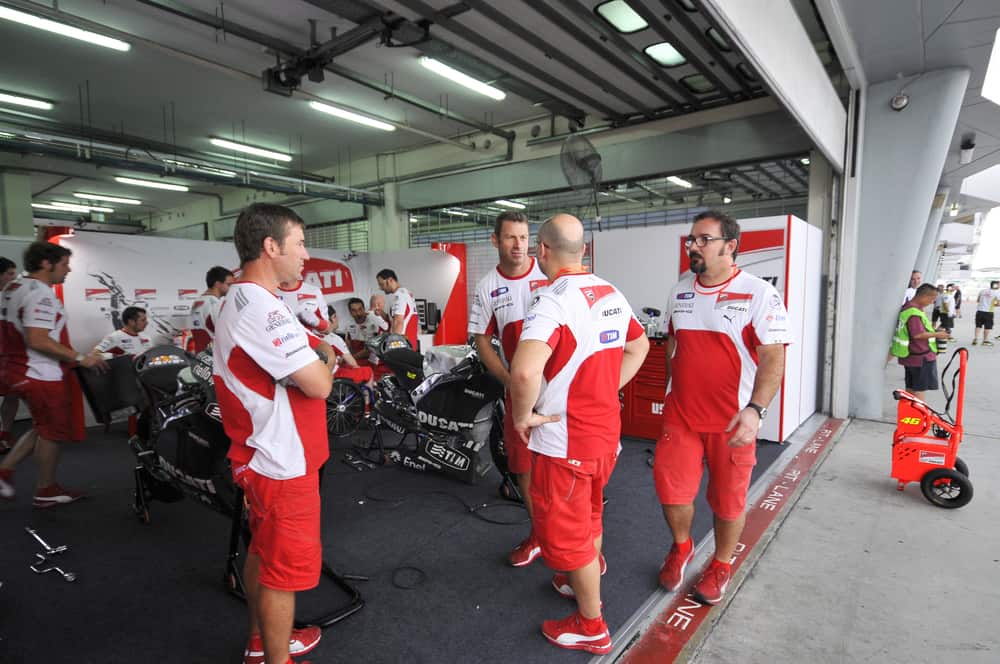 For millions of little boys worldwide, the thought of becoming a World Motor Racing Champion in one or another field usually passes after you crash your bicycle or home-made go-cart. Still, there are a select few for whom the dream grows annually. An even smaller percentage dream of racing motorcycles in MotoGP, but how does one get in?

To get into MotoGP, you need to start very young and at the bottom and progress through the following steps:

Motor racing offers huge rewards in terms of prestige and income, but even before you begin your journey, you should expect enormous expenses, many crashes, and huge disappointments. Like any lucrative activity, far more goes on behind the scenes than viewers see on TV.

Requirements For Getting Into MotoGP

Riding takes enormous courage and instinct, and these attributes are best learned very young. Unfortunately, they sometimes give the rider a feeling of invincibility, which only falls away with a serious crash, as observed with Marc Marquez in 2020. At the time of writing in late 2022, he still hasn’t returned to racing.

The FIA (Fédération Internationale de l’Automobile) is the governing body of motorsport worldwide which promotes safe racing conditions for motorsport and has stringent health checks and requirements for all participants. Any serious health issues will see the rider unable to obtain a license and thus ineligible to race.

Practicing two or three times a week might seem sufficient, but the other riders may be practicing every day, so you will need to do the same if you don’t want to be disadvantaged. You will be amply rewarded if you make it to the next class of bikes on your journey.

Your school requirements may not permit you to practice daily, so your schooling or your quest to ride in MotoGP will be compromised. Many riders are home-schooled in the evening or in the morning before practice, but this issue must be taken into account.

Starting young will teach you how to fall, and by the time you reach MotoGP, you will have the confidence and skill to step off your bike at high speed if necessary. This was aptly displayed by Maverick Viñales, who was forced to step off his bike at a speed of 215 km/h (134mph) after its brakes failed during the Syrian Grand Prix in 2020.

‘Top Gun,’ as Viñales is known, strolled away without a scratch, but it was a critical decision that probably saved his life and was only possible because of many years of programming, practicing, and spills.

Crashes are an integral part of motor racing and are exciting viewing for spectators. Still, none of us want to see a fatality on the track, and the stringent requirements noted above protect prospective riders and limit serious injury.

The Basic Steps On Getting Into MotoGP

To get into MotoGP, you would be well advised to start very young (as noted earlier), when you can be formed into a confident, skilled racer by a knowledgeable coach.

Without joining a recognized racing academy like www.schwantzschool.com or https://theamericanracing.com/academy/, you will simply be treading water. Like any field requiring serious effort, you will need the expertise and contacts these schools can provide.

You could also take a riding course at the Motorcycle Safety Foundation: https://msf-usa.org/ to see if you have the aptitude and talent you will require in the long road ahead.

Get A Racing Licence

Contact the motor racing body in your country (American Motorcyclist Association, or AMA, in the US). To check your current eligibility (the US only), go to https://americanmotorcyclist.com/wp-content/uploads/2022/01/FINAL-2022-AMA-MotoAmerica-License-Eligibility-11-1-21.pdf.

You will need to meet many criteria to qualify for a license, but all is laid out clearly in the pdf above.

Riding around a track on your own, regardless of how fast you can go, will not get you to MotoGP. You have to race other riders, and the more, the merrier. You will learn how to deal with all the nuances of competition and become a better rider for it. Also, casual racing against other riders differs from racing against them in an official race.

Once a race starts, everything changes and riders put friendships and comradery aside as they sharpen their elbows and learn that ‘rubbing is racing,’ a popular term in the Moto circus.

Race In Your Local Championship

Before you can ride in a championship race, you will have to qualify in seeding races, but once that is done and you are confident in your own ability, local championships are the place to be. If you survive this level of racing and qualify for the National championships, you can start thinking seriously about a career in motorcycle racing, but only then.

By the time you reach the Nationals, you can be sure that scouts from several racing teams have already noted your progress, but of course, they are watching other riders also.

By this time, your parents or manager have possibly arranged sponsorship for you which will help with the enormous expenses you now have, from service and repair crew to several bikes, all of the gear, medical expenses, and travel costs. If not, the Nationals are a good place to pick up solid sponsorship.

After years of pain and hardship, huge expenses, and tens of thousands of miles practiced and raced, you are finally on the cusp of joining the big boys. Succeed at the Nationals, and your chances are good that you have a future in racing, and the next step is a big one, into Moto3.

This might happen as a privateer, or you may get signed to a team, but it’s a huge step up and not a decision to take lightly. Interestingly, your attitude can be a huge asset or sink your career. Sponsors and teams will expect you always to be positive, likable, and enthusiastic, and tantrums are not welcomed. Remember, you will be representing a sponsor or a team, and your behavior reflects on them.

Riders generally reach Moto3 at around 18 or 19 years of age, though Loris Capirossi was the youngest to win the championship, at 17 years and 165 days of age when he won in 1990. The minimum age is now 16 to race in Moto3.

From 2023 Onwards, The Proposal From The FIM Is To Raise Riders’ Age Limits Further As Noted:

A minimum age of 14 years is mandatory at all racing at any Grand Prix-type circuits. This includes those who have or have previously had Grade A, B, or C approval, including the European, Asian, British, and Northern Talent Cups.

The minimum age required for competitors in any FIM MotoGP™ World Championship class will increase to 18. This limit includes Moto3 and Moto2, replacing the current age limit of 16.

Winners of the MotoGP Rookies Cup (sponsored by Red Bull) or the FIM Moto3 Junior World Championship will be permitted to join Moto3 at the age of 17. For the 2023 season, an exception will also be granted for riders who entered Moto3 in 2022, thus allowing them to continue racing.

The natural progression from Moto3 is to go to Moto2, provided you finish in the top three or four places for the year and the spaces are available and open in Moto2. An exception to this was in 2022 when South African rider Darren’ Divebomb’ Binder was brought straight into MotoGP despite finishing a lowly 7th in the Moto3 Championship.

Unfortunately, everyone involved in the move – including Binder – feels the move was premature, and he is expected to drop to Moto2 in 2023.

The top three riders in Moto3 generally slot into Moto2 fairly seamlessly and usually spend at least two or three seasons there before being considered for MotoGP. Realistically, 80% of the riders in Moto3 never make the upward move to Moto2, and similar stats exist for riders in Moto2 moving up to MotoGP.

You’ve been racing for 12 to 15 years and succeeded at every level, and finally, a private or works team snaps you up, and you instantly become a household name in millions of homes around the globe. Your name is known from Alaska to Australia, Madrid to the Maldives, and you have finally arrived, or so you think…

Now the real struggle begins, and those thousands of hours and hundreds of races you put in will all be needed as you race against the elite of the motorcycle racing world. You’ve paid the price many times, and now is the time for you to realize your dreams. If you’ve made it this far, it’s clear you are already a winner.

The simple truth is that very few riders succeed as a professional, and far fewer of these succeed in MotoGP, which flaunts the top 25-ish riders in the entire world. If you honestly believe you have what it takes, start young, expect injuries, and commit 100% to your decision. Then practice, race at every opportunity, choose the right manager, and you might just make it.

Expect huge costs to your family’s finances and your social life. MotoGP riders do not live like hermits, but the rigors of training mean you will spend much of your day on the track or in a gymnasium staying sharp and fit.

Louis Pretoriushttps://onestopracing.com
Previous article
Are All MotoGP Bikes The Same?
Next article
Is A Koenigsegg Faster Than An F1 Car?