Which F1 Car Is The Fastest? 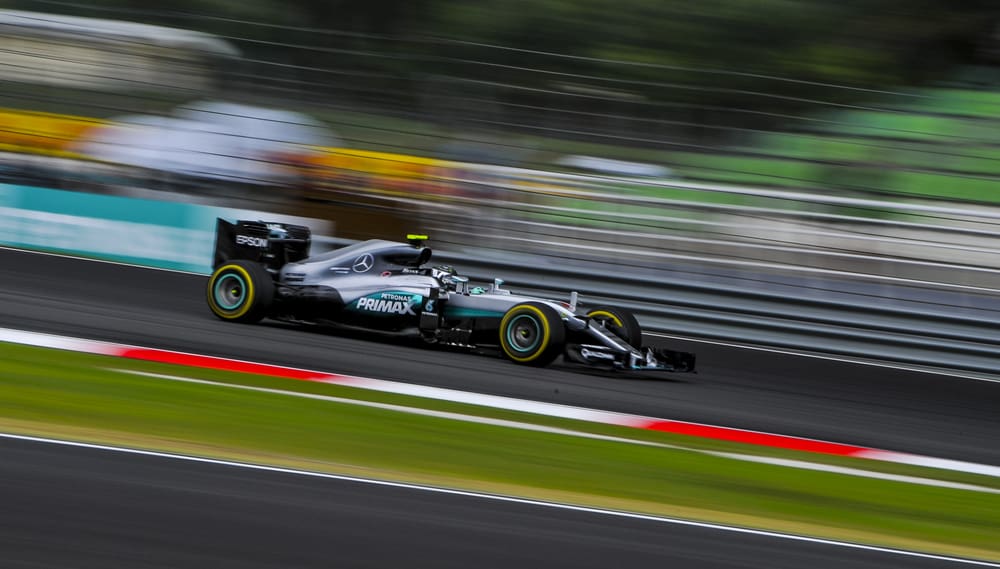 F1 is all about speed. Teams and engineers spend thousands of hours and resources every year to build the fastest machines and leave everyone behind, but have you ever wondered which is the fastest F1 car ever built?

F1 is constantly evolving, and this means that cars too, so the fastest car is something relative to time. The fastest cars of 30, 20, or 10 years ago may not be so today. That is why to carry out this analysis, and we will compare several cars from different eras.

Since its inception in 1950, F1 has evolved in every aspect and the cars with it. Progression in engineering and technology translates into speed and safety. This, along with the numerous rules and regulations introduced, has transformed both the shapes of the cars and their performance, causing F1 cars to become dramatically faster over time. Current F1 cars are estimated to be twice as fast as the first ones.

Below we leave a graph made by a Reddit user that shows a progression of F1 lap times. The graph is done by recording the fastest lap from every race from 1950-2018 and then by comparing the current year’s lap time to the previous year’s lap time on the same track.

This brings us that the fastest cars are the current 2017-2021 generation, which is the biggest and heaviest of all and therefore have more grip and are more stable. This, together with the great evolution of the V6 turbo-engines, has made this achievement possible.

Which Is The Fastest F1 Car Of All Time?

For the years 2017-2021, the fastest cars have been those of 2020, as in 2021, the changes in the regulation have caused their performance to drop between 5 and 10% due to the removal of aero parts from the floor, brake ducks, and diffuser.

So, considering that in 2020 Mercedes dominated the season, we can say that the fastest car in history is the Mercedes W11. They achieved 15 poles, 25 podiums, and 9 fastest laps in 17 races, took Lewis Hamilton to his seventh world title and got the constructors’ championship with 4 races to go. They simply nailed it.

The 2020 Mercedes W11 was an evolution of the 2019 W10, which also dominated the season. The most striking improvement was introducing the DAS system, a device that could change the alignment (toe) of the front wheels by the driver pulling and pushing the steering wheel on the straights, benefiting tire heating on a warm-up lap.

The DAS system was faced with controversies and claims from other teams about its legality, and the FIA ultimately decided to ban it for the 2021 season, but Mercedes could keep it through 2020.

Could The 2020 Mercedes W11 Be The Fastest Car Forever?

We’ve talked about the performance drop from 2020 to 2021, but what about the next few years?

Well, there are reasons to think that the 2020 Mercedes W11 might be the fastest car, at least for a while. The 2022 regulation changes will make cars much slower, as they will be much smaller and much aerodynamically simpler, which will significantly limit downforce levels.

This will slow down the cars by 3-5 seconds, making lap times similar to cars from 2014 and 2015, the early years of the V6 turbo engines. But there is no reason to worry, as these changes will, in theory, make cars easier to follow, which means that racing will improve.

Who knows how fast F1 cars will be 10-20 years from today, but for now, the 2020 Mercedes W11 will remain the fastest car for a few years at least, and if F1 switches to electric engines in the future while keeping small cars, it could possibly stay as the faster car forever. Of course, we cannot predict the future, but hey, it’s a possibility, isn’t it?

What Is The Fastest Lap In F1 History?

As could be guessed, the record of the fastest lap ever driven in a Formula 1 belongs to Lewis Hamilton and his Mercedes W11 in the temple of speed, the circuit of Monza. Since 2017, with the wider cars and the evolution of the V6 turbo engines, this record has been broken twice, plus 18 fastest laps have been set.

Before being beaten twice in three years, the previous record was held since 2004 by Juan Pablo Montoya at Monza as well, who set a pole lap of 1min 19.525sec at an average speed of 262.242 km/h with his BMW FW26. 2004/05 cars, which used V10 engines, were very fast and still have the five fastest laps on circuits still used today.

And surprising as it may seem, the previous record that Montoya broke was held for 19 years. Keke Rosberg set a pole lap at the 1985 Silverstone GP at an average speed of 259.01 km/h. Although the track layout is much faster than the current one, it is still a remarkable feat, as cars did not have the present technology.

What Is The F1 Top Speed Record?

We’ve talked about the lap time, in which the cars between 2017 and 2021 are undoubtedly the fastest, but what about top speed?

Juan Pablo Montoya holds the official top speed record in a race at the 2005 Italian GP. Montoya reached 372.6 km/h in his McLaren-Mercedes MP-20. Valtteri Bottas was only 0.1 km/h away from beating it in the 2016 Mexican GP, a track where his long main straight allows reaching these speeds.

However, this record has been unofficially broken by Valtteri Bottas himself during free practice at the 2016 European GP at Baku. The Williams team claimed that Bottas reached 378 km/h on his Williams FW38 by taking advantage of Verstappen’s slipstream on the main straight.

This is all very fast, but the absolute record for ultimate speed belongs to the 2006 Honda RA106 driven by the current FIA medical car driver, Alan van der Merwe, at the Bonneville Salt Flats in Utah, USA.

This is one of those crazy and ambitious stories that have happened throughout the history of this sport: back in 2006, the Honda team had a curious project, to be able to reach 400 km/h in an F1 car by testing how fast they could go over a flying mile.

To try and come up with this crazy idea, the Honda team used an adjusted version of their 2005 Monza spec car, with an unrestricted V10 engine, a stability fin replacing rear wing, and specially designed tires to deal with the salt flats. The project lasted about two years and materialized on July 21, 2006, and although the objective was not achieved, their car reached 397,360 km/h.

Despite not reaching 400 km/h, it is still an astonishing speed and exceeded the expectations of many people and mechanics. On his experience, van der Merwe said:

“There’s no feedback. This vast whiteness surrounds you. The track was 200m wide and 11 miles long. The only way you know you’re going fast is because your helmet is getting pulled off your head, and the car is screaming in seventh gear”.

Speed Comparison: F1 vs. IndyCar vs. FE vs. NASCAR vs. MotoGP

In the following table, we compare F1 and different categories to give us a better idea of how fast they are. The data is approximate as it depends on each team and specification for each circuit. The lap time is the Circuit of the Americas in Austin since all categories have raced there except Formula E.

After 7 years of absolute domination by Mercedes, 2021 is the first year of the hybrid era in which there is a real fight for the world championship between two teams. Red Bull, against all odds, has been able to match the Mercedes, and they are practically on par. Mercedes currently has 5 wins and 19 podiums, while Red Bull has 8 wins and 13 podiums.

The fight for the world title between Lewis Hamilton and Max Verstappen is more exciting than ever. In the constructors’ championship, Mercedes takes a little more than 30 points from Red Bull, so it could be said that they are slightly above, but even so, any of them can win the constructors’ world championship at the end of the season.

As for the rest of the teams, the middle zone is also tighter than ever. All the teams except Alfa Romeo and Haas have achieved any podium so far, and there is great equality in qualifying.

Here is a table with the performance of each team in order:

The legacy left by cars such as the 2020 Mercedes W11 or the 2006 Honda RA106 will inspire many new generations of engineers and drivers who will seek to unleash the full potential of available resources. The bar is very high, but who knows when these records will be broken; they may in a few years, decades, or they may remain forever at the top.

Louis Pretoriushttps://onestopracing.com
Previous articleHow Many Cars Do F1 Teams Have?
Next articleWhy Is There No Overtaking In F1?