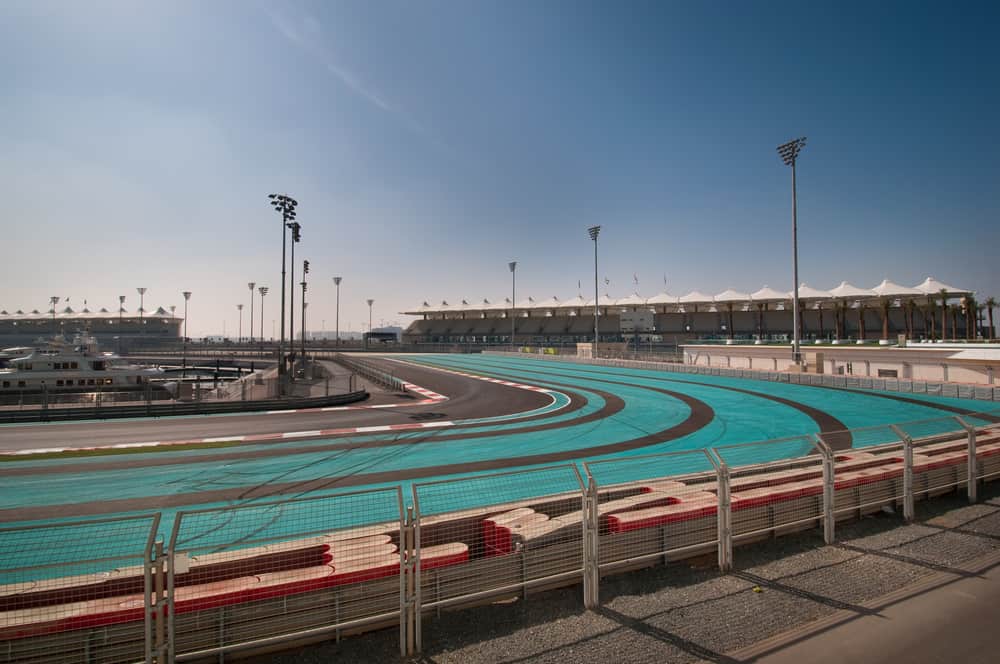 Formula One is one of most lucrative sports in the world, therefore it is no surprise that owning a circuit on the Formula One calendar can prove to be a profitable investment, but who owns each Formula One track?

Depending on the shareholder structure and management systems of respective Formula One tracks, it is difficult to find who exactly owns which circuit. However, individuals can be linked as owners of a track relative to the percentage of shares they hold, while some are state-owned.

This subsidiary is the Bahrain International Circuit Company. This company contributes significantly to Bahrain’s GDP and is wholly owned by the Kingdom of Bahrain, with the Ministry of Finance representing it on the share market.

The Autodromo Internazionale Enzo e Dino Ferrari, better known as the Imola circuit, is the host of the Emilia Romagna Grand Prix in Italy. While the name Ferrari appears in the circuit’s name, this is after Enzo Ferrari, with Ferrari not actually having ownership.

Instead, the Imola track is owned and operated by the Con-Ami holding company. Con-Ami was awarded tender rights to management for a period of 64 years in 2012 by the Municipality of Imola.

The Circuit de Barcelona-Catalunya is the host of the Spanish Grand Prix in Barcelona.

The track is wholly owned and managed by a private company, which in turn is under the control and governance of the Department of Business and Connection, this department being a subsidiary of the Generalitat de Catalunya.

The Baku City circuit is the host of the Azerbaijan Grand Prix held in the capital city of Azerbaijan.

The Grand Prix and the track is managed and owned by the Baku City Circuit Operation Company.

The Circuit Paul Ricard is the host of the French Grand Prix held in the small feudal town of Le Castellet.

Although initially bought, owned, and managed by former CEO of the Formula One Group, Bernie Ecclestone, it has subsequently fallen under the ownership of his ex-wife Slavia Ecclestone as part of their divorce settlement.

While it remains for sale on the market, it has,  at the time of writing, not been relinquished by Ecclestone to any potential buyers – although it is believed bidding will continue into the 2022 season.

The Red Bull Ring is the host of the Austrian Grand Prix at Spielberg, Austria.

Previously known as the A1-Ring, it lay dormant for several years from 2003 until the CEO and President of Red Bull, Dieter Mateschitz, purchased the track and renamed it the Red Bull Ring.

As suggested by the name, the Red Bull Ring is wholly owned by Red Bull and reopened in 2011 for purposes of hosting the Austrian Grand Prix, along with other motorsports events.

The Silverstone Circuit is the host of the British Grand Prix and is in close proximity to the Northamptonshire villages of Silverstone and Whittlebury.

Silverstone is owned by the British Racing Drivers’ Club, an exclusive, invitation-only members club reserved for British drivers that have succeeded in motorsports over a number of seasons.

At the time of writing, the president of the club is David Coulthard.

The Hungaroring is the host of the Hungarian Grand Prix at the small village of Mogyoród.

The track itself is privately owned, operated, and managed under the name of Hungaroring Sport Zrt, with the current CEO of the time of writing being Zsolt Gyulay.

The Circuit De Spa-Francorchamps is the host of the Belgium Grand Prix in the town of Francorchamps.

Circuit Zandvoort is the host of the Dutch Grand Prix in the municipality of Zandvoort in the Netherlands.

It is currently owned by the Chapman Andretti Partners company, which in turn is co-owned by Prince Bernhard of Orange-Nassau, a member of the Dutch Royal family.

The Monza Circuit is the host of the Italian Grand Prix in the city of Monza.

The circuit is a joint-owned public venture between the Commune di Monza and Milano, public municipal entities of the cities of Monza and Milan, respectfully.

The Sochi Autodrom is the host of the Russian Grand Prix in the municipality of Sirius.

As of 2018, the track was owned by Center Omega enterprise; however, discussions are underway to facilitate a change of ownership to a state-owned or non – commercial organization for tax purposes.

Istanbul Park is the host of the Turkish Grand Prix in the city of Istanbul.

The track is owned, managed, and operated by Intercity Istanbul, which was established by its founder Ali Vural Ak.

14. Circuit Of The Americas

The Circuit of The Americas is the host United States Grand Prix in the city of Austin.

It is currently owned by a company under the same name, which in turn was founded by its managing partner Bobby Epstein.

The Autódromo Hermanos Rodríguez is the host of the Mexican Grand Prix in Mexico City.

While previously under the management and ownership of state-run oil company Pemex, financial troubles have seen the Mexican government take a more direct role in the ownership and management of the track.

The Interlagos Circuit is the host of the Brazilian Grand Prix in São Paulo.

Interlagos is a merger of state ownership, promotion of Brasil Motorsports, and financially backed by the Abu-Dhabi investment firm Mubadala.

The Losail International Circuit is the host of the Qatar Grand Prix in the town of Lusail.

As a new track on the calendar, it was built by Qatar Motor and Motorcycle Federation, which continues to manage and own the track.

The Yas Marina Circuit is the host of the Abu Dhabi Grand Prix.

Abu Dhabi Motorsports Management is the owner of the track, with Saif Al Noaimi as the CEO of the company.

As is evident, Formula One tracks are seldom under the ownership of a single entity but are rather under a combination of individual, corporate, and non-commercial ownership.

Louis Pretoriushttps://onestopracing.com
Previous article
Why Do F1 Drivers Wear Knee Pads?
Next article
What Does F1 Do With Used Tires?