How Are F1 Cars Different? 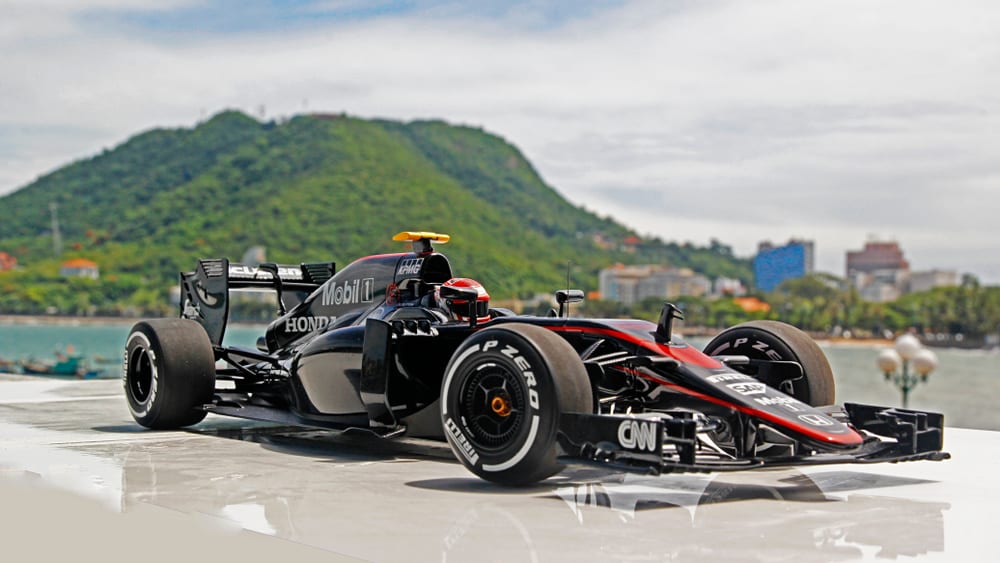 Formula 1 is the pinnacle of motorsport. However, there is a world of other motor racing series out there. Each has its own prestige and challenges. But I have always wondered how the cars in these series compare to F1 cars. So, how are F1 cars different?

F1 cars are different because they are more expensive to build and are more aerodynamically complex than other cars. This allows them to set fast lap times as their speed around corners makes up for their slightly slower acceleration.

In this article, we’ll do a side-by-side comparison between F1 cars and cars from other popular single-seater series from around the world. We’ll compare everything from engine type, top speed, car weight, manufacturing costs, and more.

How Are F1 Cars Different From IndyCar Cars?

IndyCar cars come close to challenging F1 cars. The series is also much fairer than F1, allowing drivers from “lower” teams more of a chance to compete. IndyCar Cars are faster in a straight line, but F1 cars have an advantage in the corners, meaning an F1 car will generally set a faster lap time.

So, how different are IndyCar cars compared to F1 cars?

*A spec series is where all the competitors are given the same types of cars to work with, including engines and aerodynamics. However, teams can choose to adjust their wings and other parts of the car, and if a team has good engineers who can find marginal gains, it can lead to a performance advantage.

How Are F1 Cars Different From NASCAR Cars?

NASCAR is very different from Formula 1, and the cars look nothing like each other. However, they’re still speedy and provide a lot of entertainment on the track while attracting many fans.

But what makes NASCAR cars different from Formula 1 cars?

How Are F1 Cars Different From Formula E Cars?

Formula E is quite a new series, only starting in 2014. The cars are fully electric and run on batteries connected to an electric motor. The cars are much quieter (and slower) due to not having an internal combustion engine, which allows them to race in the middle of cities, bringing the action to the fans.

How Are F1 Cars Different From LMP1 Cars?

As you’ll see below, LMP1 cars are quick, especially off the line. This is because they produce less drag than F1 cars, which gives them an advantage on the straights. They compete in the World Endurance Championship and the prestigious 24 Hours of Le Mans.

How Are F1 Cars Different From F2 Cars?

Formula 2 (previously GP2) is the final rung of the ladder leading to F1. It is a chance for young drivers to prove their worth in cars somewhat like F1 cars. It is a spec series, meaning that it is much more up to driver talent rather than a team’s budget. Five drivers taking part in F1 in 2022 have previously won F2/GP2. These are Lewis Hamilton, Pierre Gasly, Charles Leclerc, George Russell, and Mick Schumacher.

But how do F2 cars compare to F1 cars?

How Are F1 Cars Different From DTM Cars?

Deutsche Tourenwagen Masters, commonly known as DTM is a touring car series affiliated with the FIA. It involves several famous luxury car manufacturers such as Ferrari, Lamborghini, and McLaren. F1 and F2 fans will recognize some of the drivers who took part in the series in 2021, with Red Bull junior Liam Lawson competing in DTM alongside Formula 2. Former Red Bull reserve driver and now William’s driver Alex Albon also competed in DTM in some races to stay sharp while he wasn’t in a permanent F1 race seat.

But how different are LMP1 cars to Formula 1 cars?

Other Differences Between F1 And Other Cars:

One of the big things that set F1 cars apart is their brilliant cornering ability. Thanks to the massive amount of downforce F1 cars create, they can take corners at a much higher speed. This is much more than other cars due to the way F1 cars are set up aerodynamically.

It’s also crucial to note that the technical regulations in F1 are very strict, meaning teams cannot just develop their cars in any way they want to. They have to stick to particular guidelines during the development process.