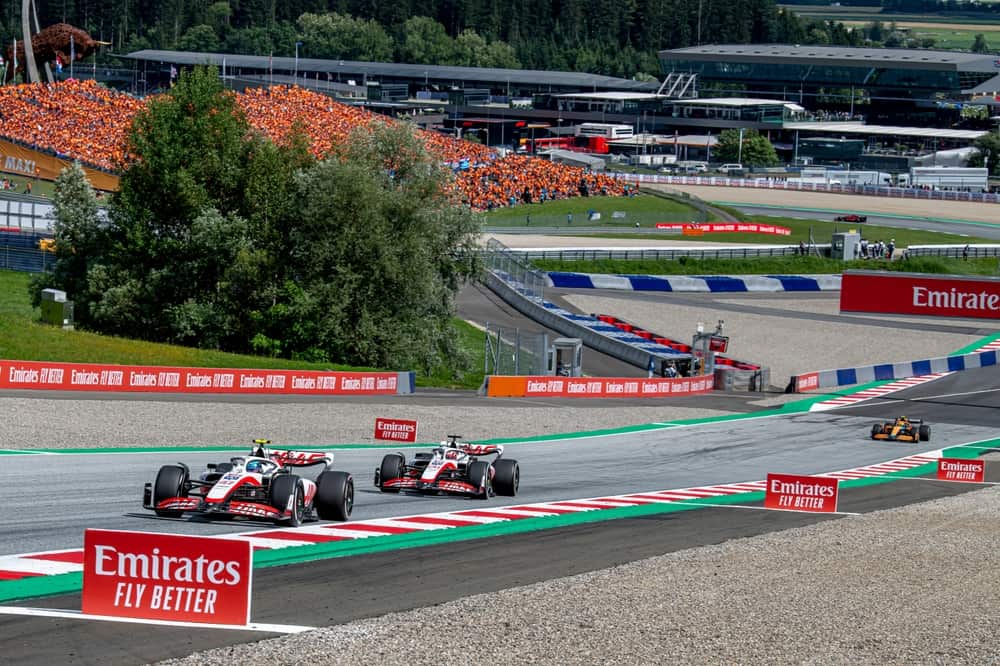 F1 is arguably the peak of motor racing. Those who have been able to be a part of this group of elite drivers have undoubtedly made their country proud. Since the Formula 1 championship first began in 1950, only a handful of countries have produced most of F1’s driver lineup.

It may surprise some that, although Formula 1 has been around for over 70 years, most Formula 1 drivers have historically come from a few specific countries, mainly in Europe. There are several reasons for this, but now, the sport is slowly seeing an increase in driver diversity.

The Country With The Most F1 Drivers

Undoubtedly, the UK is the most represented country in F1’s history, having produced 163 drivers since the sport’s first world championship race in 1950 at the Silverstone Grand Prix. The UK’s count is unmatched, as Italy, in second place, has produced just over half of the UK’s total with 98 drivers.

Other European countries, like France, Finland, Spain, and Germany, where the sport is highly popular, have a combined score of 152, which shows just how into motorsport the UK is.

The 2022 Formula 1 driver lineup currently consists of 20 drivers who come from 14 different countries. The table below shows the distribution of drivers according to country.

Formula 1 originates in Europe, so it is not surprising that over half (13) of the current F1 drivers come from this area of the world. This lineup is a fairly accurate representation of the driver lineup generally with European countries, specifically the UK, Finland, France, Spain, and Germany, always showing a strong presence in this motorsport.

Today, the UK has the most drivers in F1, with the 7-time champion Lewis Hamilton and two young and talented drivers, Land Norris and George Russel, driving for McLaren and Mercedes, respectively.

Of the remaining countries present in the 2022 driver lineup, only Japan has had more than 20 drivers to ever compete in F1. Interestingly, it is the first time in this sport’s long history that a Chinese driver is competing for a championship in an F1 car.

Which Country Has The Best F1 Drivers?

There has been a total of 72 F1 seasons since the dawn of this motorsport, yet only 33 drivers have won the driver’s championship. But what is most telling about the domination of certain countries in this sport is that these 33 world champions come from just 14 countries.

This statistic is especially impressive when compared to other countries achievements in F1. In the second place, Germany is trailing behind with just 12 championships divided between 3 champions, and the rest of the countries that have managed to win a championship do not even have half of Germany’s score (not accounting for Brazil).

That being said, Germany has produced two champions that will forever be legends of the sport, Michael Schumacher, who is tied with Lewis Hamilton for most F1 Driver’s Championships won (7), and Sebastian Vettel, who won 4 back-to-back titles.

Having produced the most world champions in the sport’s history, it can be easy to credit the UK with having the best drivers. However, it is difficult to ignore champions from other countries who have won multiple titles over their careers, like Schumacher, Fangio, Vettel, and Prost.

Countries With The Biggest F1 Following

Since Liberty Media bought Formula 1 in January of 2017, the sport has witnessed a massive gain in popularity thanks to a change in marketing strategy.

Here is a list of countries with the most cumulative audience in F1.

As a result of the tremendously entertaining fight for the title between Dutch driver Max Verstappen and 7-time champion Lewis Hamilton in 2021, the sport saw a big rise in cumulative audience in the Netherlands and the UK. Other countries that are part of F1’s biggest markets have also seen a good rise in cumulative audience over the last few years.

Why F1 Is Most Popular In Europe

Despite F1 being the fastest-growing major sports league globally regarding followers in 2021, most of the F1 audience comes from Europe.

The main reason for Europe’s strong and consistent following of this motorsport over the years stems from culture and tradition. F1 surfaced in 1950 in Europe while at the same time, other motorsports emerged in the US, creating a difference in interests and viewership.

On top of that, post-World War II, European car manufacturers like Ferrari, Mercedes, and Alfa Romeo had to compete in Europe. American car companies such as Chrysler and Ford had to do the same on their continent. As a result, fundamental racing philosophies differed between the US and Europe, further isolating the two from each other regarding racing.

No matter the perspective one chooses to look from, the UK exhibits the strongest presence in F1, having produced the most F1 drivers and F1 champions in the history of motorsport.

The UK also has the most drivers on the grid in 2022 and, together with other countries in Europe, has the highest audience.

Louis Pretoriushttps://onestopracing.com
Previous article
How Are MotoGP Numbers Allocated?
Next article
Do MotoGP Have Pit Stops?