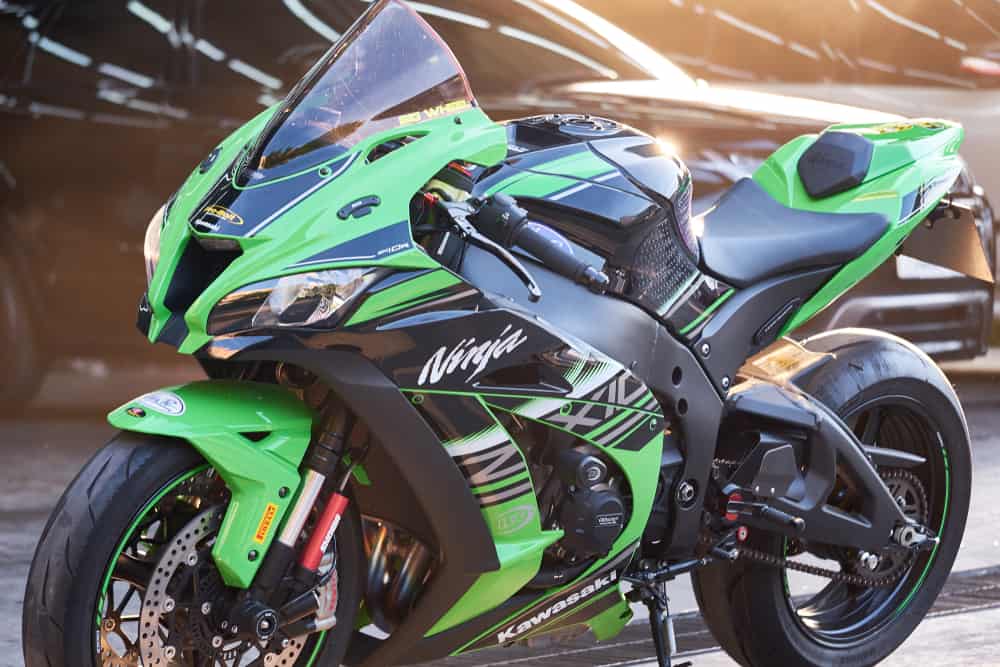 The Kawasaki H2R is a powerful, unrestricted bike with a top speed of over 248mph (400kmph). This powerful work of engineering is not road legal and can only be used on a closed course. Although it is extremely fast and powerful, the H2R is not used in MotoGP.

The Kawasaki H2R is not used in MotoGP because it does not meet the restrictions and specifications required to race in MotoGP. The H2R uses a supercharged engine and many aerodynamic modifications that are not permitted in MotoGP.

There are certain restrictions and specifications that a bike must meet to be able to be eligible to drive in the MotoGP. The Kawasaki H2R, although a powerful and competitive piece of machinery, makes use of various technologies to achieve its astonishing level of performance. The use of these technologies, however, makes it illegal to race in MotoGP due to certain restrictions.

Reasons For The Kawasaki H2R Not Being Used In MotoGP

The Manufacturing Requirements Of MotoGP Bikes

MotoGP bikes must adhere to certain standards and restrictions to be legal to race. These restrictions include:

The Manufacturing Specifications For The Kawasaki H2R

The Kawasaki H2R is the fastest and most powerful two-wheeled superbike that has ever been manufactured. Although the H2R is a production bike, it is not roadworthy and can only be used on a closed track for various reasons, none of which come as a surprise to many.

Reasons Why The Kawasaki H2R Is Not Roadworthy

The Kawasaki H2R is illegal to drive on the road for several reasons. Some of these reasons include that the H2R is manufactured without headlights, indicators, mirrors, or a license plate holder. Another reason the H2R isn’t roadworthy is that it doesn’t comply with the road noise regulations as it’s too loud.

All legal road bikes are restricted to a top speed of 186mph (300kmph). The Kawasaki H2R, however, is an unrestricted bike with a top speed of over 248mph (400kmph), which makes it illegal to drive on public roads.

Differences Between MotoGP Bikes And The Kawasaki H2R

Unlike the bikes used in MotoGP, the Kawasaki H2R is a type of forced induction bike. This means that the Kawasaki H2R uses a supercharger to improve the engine’s performance, which is not allowed to be done to MotoGP bikes and would be considered a breach of regulation when it comes to the sport.

The Kawasaki also differs from MotoGP bikes because it has many aerodynamic modifications that help to ensure that the bike’s front wheel stays on the ground despite all the power generated by the rear wheel. MotoGP regulations do not allow for any such modifications to be made to allow the bike to be more aerodynamic.

Similarities Between MotoGP Bikes And The Kawasaki H2R

Just because the Kawasaki H2R is not allowed to race in MotoGP because of certain manufacturing restrictions which have not been met doesn’t mean that the design of both bikes is not similar. The design and manufacturing of MotoGP bikes and the H2R have some things in common.

Just like MotoGP bikes, the Kawasaki H2R uses 1000cc in-line four-cylinder engines. The reason for using these engines is that they can produce the best power-to-weight ratio as the motors are extremely lightweight and have the best power output.

How Competitive The Kawasaki H2R Would Be In MotoGP

The Kawasaki H2R is not used in MotoGP as it does not meet the requirements and regulations which a MotoGP bike must adhere to so that it is eligible for racing. Although a MotoGP bike and the Kawasaki H2R share the same in-line four-cylinder 1000cc engine, the H2R has a supercharged motor to enhance the performance, which is illegal in MotoGP.

The H2R also has many aerodynamic modifications which are not permitted in MotoGP. The H2R may be able to compete with a MotoGP bike when it comes to top speed; however, its design is not suited for racing around a track as it lacks agility and acceleration compared to MotoGP bikes.

Louis Pretoriushttps://onestopracing.com
Previous article
What Fuel Do MotoGP Bikes Use?
Next article
Why Is BMW Not In MotoGP?